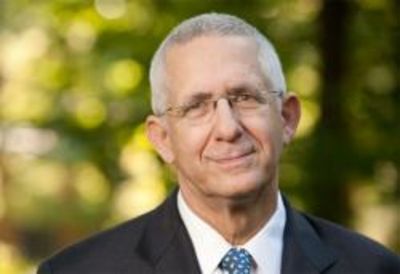 Samuel Bacharach is the McKelvey-Grant Professor of Labor Management and the Director of the Smithers Institute. He received his BS in economics from NYU. His MS and Ph.D. from the University of Wisconsin.

Upon joining the Cornell faculty in 1974, he spent most of his time working on negotiation and organizational politics, publishing numerous articles and two volumes (Power and Politics in Organizations and Bargaining: Power, Tactics, and Outcome, both with Edward J. Lawler). In the 1980s he continued working on negotiation, but shifted emphasis to the study of complex organizations, with the empirical referent being schools. Besides his academic articles, he published a number of books on school management and leadership, such as Tangled Hierarchies (with Joseph Shedd) and Education Reform: Making Sense of It All.

For the last ten years, working in New York City, Professor Bacharach has focused on bridging theory and practice. Integrating his earlier work on politics, negotiation, and complex organizations into his studies of the workplace, he has re-examined the role of leadership. Working closely with practitioners from various corporations and non-profits and conducting workshops, training sessions, and open discussions, he has developed his own leadership perspective, emphasizing the skills of execution. This work culminated with the publication of Get Them on Your Side: Win Support, Convert Skeptics, and Get Results (2005), Keep Them on Your Side: Leading and Managing for Momentum (2006), and The Agenda Mover: When Your Good Idea is Not Enough (2016). His newest book on the topic of the clunky organization will be published in 2018. He has created leadership workshops and developed a series of online courses based on this material. He is a regular columnist at Inc.com and has been a keynote speaker at many national meetings and conferences, including Cornell-sponsored events.

In the late 1980s, Professor Bacharach took over the directorship of the Smithers Institute. In this role, he launched a number of empirical studies such as: blue-collar workers in New York City, a study of New York City firefighters after 9/11, a study of transport workers in New York City, and a ten-year longitudinal study of retired workers. Currently he is principal investigator on a NIH-funded study that is examining changes in drinking behavior of graduating seniors into their first few years in the full-time workforce. With his colleagues Peter Bamberger and William Sonnenstuhl he has published numerous articles on blue-collar workers, with emphasis on substance abuse in the workplace. His collaboration with Bamberger and Sonnenstuhl resulted in two books: Member Assistance Programs: Labor''s Role in the Prevention and Treatment of Substance Abuse (1994) and Mutual Aid and Union Renewal: Cycles of Logics of Action (2001). He is coauthor with Bamberger of the volume, Retirement Hidden Epidemic: The Complex Link Between Aging, Work Disengagement and Substance Misuse—and What To Do About It (2014). His publications with his Smithers colleagues have appeared in journals such as Academy of Management Journal, Journal of Applied Psychology, Journal of Occupational Health Psychology, and Journal of Studies on Alcohol and Drugs.

Get Them on Your Side: Win Support, Convert Skeptics and Get Results (Adams Media, 2005) and Keep Them on Your Side: Leading and Managing for Momentum (Adams Media, 2006) represent Professor Bacharach's effort to transform his 30 years of academic research on negotiation, organizational behavior, industrial relations, and leadership into books that are practical and accessible to practitioners. His primary concern is to demonstrate to individuals that they are capable of political competence and coalition building and that these skills are teachable. He believes that change can only be brought about by proactive leaders who have developed the skills of political and managerial competence.

Professor Bacharach teaches the discipline of proactive leadership to undergraduate and graduate students at Cornell's School of Industrial and Labor Relations. In addition, he develops and conducts workshops and engages in individual consulting and coaching of executives, politicians, managers, and students around the world.

Professor Bacharach earned his Ph.D. from the University of Wisconsin. He lives in downtown Manhattan with his wife and son.