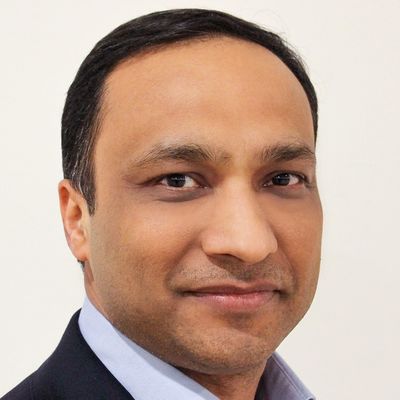 Rajeev Aggarwal has 24 years of international corporate experience in various Leadership and Sales roles, which he combines with 11 years of successful experience in Management Development and Coaching . While working on senior management positions for MNCs like PepsiCo, Frito-Lay International, Cadbury and Golden Tulip Worldwide Hotels, he managed business operations across Europe, Middle East, Russia, Eastern Europe and India.

Professional background In 2005-2006, as the Global Director of Training for Golden Tulip Worldwide Hotels (Starwood Capital Group), Rajeev designed and delivered twelve flagship leadership and management development programs in multiple locations in Europe and Middle East. He conducted workshops and coached managers from more than 95 different nationalities from general managers to front line and put a strong focus on effectively implementing the company strategy.

In 2002-2004, with Frito-Lay International, a division of PepsiCo Inc., Rajeev worked as Sales Operation Manager in The Netherlands, Belgium and Luxemburg. He developed and implemented a “Right-Way-to-Market”-Strategy”, “Sales Efficiency Tools” and “Performance Management System” which helped sales managers not only to increase their sales team efficiency but also to increase their sales revenues substantially.

In 1997-1999, Rajeev was a General Manager of PepsiCo Inc. in Russia. He led and turned around six underperforming Pepsi distribution business units from loss to profit in just 3 years. He also successfully implemented “Change Management Project” in Central Russia, transforming the old Russian office culture to a modern “PepsiCo One Way” – philosophy. Parallel to this, Rajeev coached six Regional Managers to take on the role of General Manager. As a result of these measures, revenue from these six business units of PepsiCo Inc. doubled under his three years of leadership as a General Manager.

In 1996-1997, Rajeev worked as Regional Manager (Russia, CIS and Baltic states) with Rakhi Ltd, a pharmaceutical trading company. He led and trained a sales team to build a competitive regional distributors network. He also coached the General Manager on-the-job and helped him transforming the whole company into a professionally led organization.

In 1995-1996, he moved on to work as Area Sales Manager for Cadbury plc. In this function, he trained the company’s multicultural sales force of 12 members. The delivery of his training programs led to a profitable business with new and prestigious key accounts.

In 1994, Rajeev started his extensive managerial work in Russia, when he became Area Sales Manager (Russian and Eastern European countries) with Rostel Ltd, an exclusive distributor of Cadbury, Schweppes, Pickwick and Revlon.

In 1992, Rajeev started his corporate career in India as a Sales Engineer with Jackson Engineers Ltd.

Education and qualifications Rajeev obtained an International MBA from Nyenrode University ,The Netherlands Business School, Holland (2001) and has a Bachelor in Engineering from ‘CR State College of Engineering, India (1992).

He is a Master Practitioner in Neuro Linguistic Programming (NLP University based at University of California, USA). He is certified Firo-B and Insights.

Personal Rajeev has been living in the Netherlands since 2000. He travels extensively all around the world to conduct his workshops in English. He also speaks Hindi (fluent) and Russian (conversational).