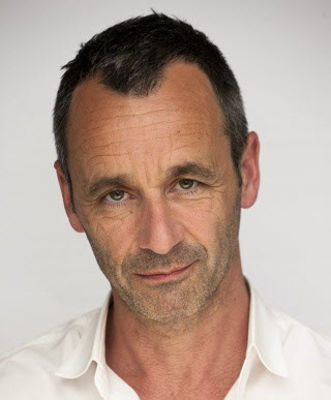 Born in Ireland into a family of ten children, James understands all too well the importance of effective communication. Irish Step dancing came into his life and by the age of ten was ranked fourth in the world. Later in his teens, he was a member of the English School Boys Gymnastic team. He then decided to head for London to study Musical Theatre.

After graduating from the London Studio Centre, James went right into the West End. He did a season with the Royal Shakespeare Company and the New Shakespeare Company and toured the Middle and the Far East.... then there were commercials, trade shows, pop videos, TV and film and all interspersed with stints as a barman, waiter, decorator, delivering sandwiches..... You name it, he’s done it!

Taking a step back from Tinsel land for a period of three years to train as a director, James would occasionally assist a colleague to facilitate circus workshops for a bit of extra cash.... and another turning point.

‘”I never imagined creating an environment where children, youths and adults could play, fail, win, show off, be creative, be ridiculous and begin to realise the processes involved in learning new skills, would be so rewarding.”

So in 2005, James set up Pressplay Productions and has been delivering circus workshops to numerous corporate and educational organisations ever since.

And as if living his very ‘ordinary’ life things couldn’t get any better... James was introduced to Impact Factory and more changes came his way.

“Being privy to the whole Impact Factory ethos, acquiring and passing on tools and skills that are doable and make a difference for the delegates, and to me too, has been a revelation. I feel like I’m going out when I come to work here.”

James specialises in Presentation Skills, Assertiveness, Personal Impact, Meeting Facilitation, Influencing and Negotiation among many courses he is involved in.

James lives in southeast London with his wife and three children and enjoys practising the art of a simple life.

Preston Cline
Preston began his formal career in the late 1980s by leading 60day remote wilderness trips with adjudicated youth out of New Jersey. Trained as a Wilderness Emergency Medical Technician, a NAUI Rescue Diver and an Ocean Lifeguard Trainer, Preston has led both terrestrial and marine Search and Res...
Clara My Lernborg
Clara My Lernborg is a PhD student in Business Administration at Misum at the Stockholm School of Economics. Her research interests are in market-based private and public-sector collaborations, CSR and sustainability, social entrepreneurship, governance and public policy. Her research focuses par...
Mairi Maclean
Personal profile Research interests I have previously held positions at the universities of Newcastle, Exeter, UWE, Royal Holloway, Aston and Paris-Sorbonne, where I have served as Associate Dean for Research (Newcastle), Director of Research (Exeter), Subject Group Head (Exeter), Research D...