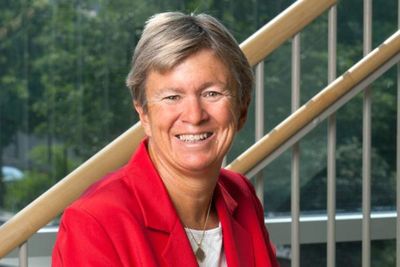 Sheryl E. Kimes is a professor of operations management at the School of Hotel Administration. From 2005 to 2006, she served as interim dean of the school, and from 2001 to 2005, she served as the school''s Richard and Monene P. Bradley Director of Graduate Studies. Kimes teaches revenue management, restaurant revenue management, and service operations management. She has been named the school''s graduate teacher of the year three times and was awarded a Menschel Distinguished Teaching Fellowship by Cornell University in 2014.

Kimes''s research interests revolve around revenue management in the restaurant, hotel, and golf industries. She has over 100 articles in leading journals, such as Interfaces, Journal of Operations Management, Journal of Service Research, Decision Sciences, and the Cornell Hospitality Quarterly.
She was awarded the CHR Award for Industry Relevance in 2010, 2012 and 2014 and was given a lifetime achievement award by the Production and Operations Management Society in 2010.

Kimes has served as a consultant to many hospitality enterprises around the world, including Chevy''s Fresh Mex Restaurants, Walt Disney World Resorts, Fairmont Hotels and Resorts, Starwood Asia-Pacific, and Troon Golf. She was given the Vanguard Award for Lifetime Achievement in Revenue Management by the Hotel Sales and Marketing Association International in 2017.

Kimes earned her doctorate in operations management in 1987 from the University of Texas at Austin.

Kate Beatty
Kate is a former Vice President, Enterprise Strategy &amp; Planning at the Center for Creative Leadership. Prior to joining CCL, Kate was an associate with Colarelli, Meyer &amp; Associates, Inc. (CMA), a consulting firm based in the Midwestern United States. There, she focused on organizational...
Daniel Ahn
Background and Education Dr. Daniel P. Ahn is an Adjunct Lecturer at Johns Hopkins University Paul H. Nitze School of Advanced International Studies, where he teaches graduate courses on energy economics, finance, and security studies.   Dr. Ahn is the Deputy Chief Economist at the U.S. Departm...
Scott Featherston
Background and Education Scott Featherston is a Principal Investment Officer at the International Finance Corporation (IFC) and is IFC’s Global Sector Lead for Health. He is based in Washington DC. Prior to relocating back to Washington, Scott was based in Nairobi, Kenya where he led a joint IFC-...