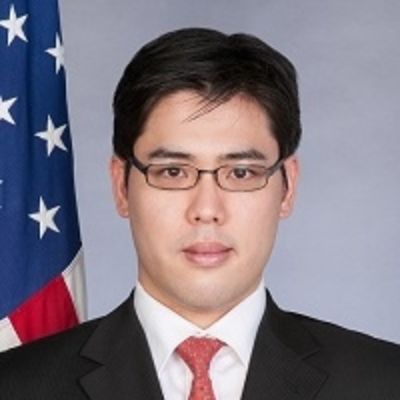 Dr. Ahn is the Deputy Chief Economist at the U.S. Department of State, where he advises the Secretary and other principals on a wide range of economic and security topics critical to US foreign policy. Previously, he led Policy Analysis at the State Department''s Bureau of Energy Resources.

Before joining public service, Dr. Ahn was the chief economist for commodities at Citigroup in New York, and also held senior positions at Citadel, Barclays Capital, and Lehman Brothers. He has also held research and teaching positions at Harvard University John F. Kennedy School of Government, the National Bureau of Economic Research, Columbia University School of International and Public Affairs, the Council on Foreign Relations, and the International Monetary Fund. Dr. Ahn is the author of numerous academic research articles, testimony before US Congress, and a forthcoming economics textbook.

Dr. Ahn was featured in Forbes Magazine as one of 30 under 30 in Finance. He is a term member of the Council on Foreign Relations. He received his AB in economics and finance with honors from Princeton University, and his PhD in economics from Harvard University.

Vincent Pons
Vincent Pons is an assistant professor of business administration in the Business, Government, and International Economy Unit and a faculty affiliate at the Abdul Latif Jameel Poverty Action Lab (J-PAL). He studies questions in political economy and development. Professor Pons’s research exami...
Silviya Svejenova Velikova
Presentation Silviya is Professor in Leadership &amp; Innovation at the Department of Organization (IOA) and academic coordinator of SOL (Strategy, Organization, and Leadership), a MSc program in Economics and Business Administration (Cand.Merc.). She is Guest Professor at WU Vienna University o...
Örjan Sölvell
Started to work at SSE in June 1979 as a Research Assistant at the Institute of International Business (IIB). Please visit our research center:Center for Strategy and Competitiveness (CSC).