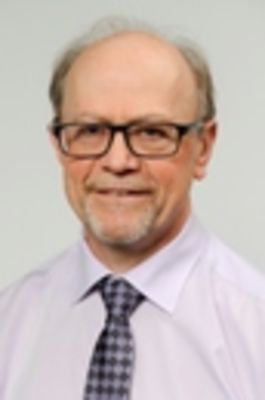 Prior to joining “Harlan” (2004-2010) and for 22 years, Damien held senior management positions as Manager Financial Controls, CFO, Deputy General Manager and General Manager in companies across several industries (construction, telecommunications, energy, life sciences). These companies were mainly based in France and Switzerland. He gained a strong experience and expertise in Finance and support functions as well as in project management. At the same time, he developed his leadership capabilities and moved progressively to General Management positions.

In 2004 he joined Harlan based in Switzerland as Chief Financial Officer. In 2005 he was leading the due diligence process as the Harlan Group was acquired by GENSTAR a private equity company based in California (USA). He implemented new accounting and controlling methods according to international standards. Damien was as well a member of the group steering committee who sponsored the implementation of the “JDE” ERP, worldwide. He was involved in operations and had the responsibility of the Spanish and Indian subsidiaries. Three major capital expenditure projects where realized during this period.

In 2007, Damien was appointed General Manager Switzerland, Germany, Spain and member of the CRS Division Management Committee. He had the overall responsibility of three legal entities and 5 sites with near 900 employees. He played a crucial role in the global pricing steering committee. He launched and implemented two major projects: the outsourcing project for non core activities, and the processes’ reengineering project.

In the last quarter of 2010, Damien decided to provide global consultancy services, headquartered in Switzerland.

Education and qualifications Damien holds a Master and higher degree in accounting & controlling from the University of Haute Alsace (France). He is an MCE Business Mentor.

Xuanming Su
Fei Gao and Xuanming Su (2017), Omnichannel Service Operations with Online and Offline SelfOrder Technologies , Management Science, Forthcoming. Fei Gao and Xuanming Su (2017), Online and Offline Information for Omnichannel Retailing, Manufacturing &amp; Service Operations Management, 19, pp. 84...
Nailin Bu
Associate Professor Nailin Bu is Associate Professor of International Business at the School of Business, Queen''s University in Canada. She is a native of Shanghai, China and received her B.Sc and M.Sc training in China at Fudan University and Shanghai Jiaotong University. She completed her P...
David Murray
David is the former Head of Sports Rights at the BBC, where he was responsible for negotiating all the BBC’s deals with sporting bodies across its TV, radio and online output. Deals were complex, and included the Olympics, World Cup, Formula 1, Wimbledon, Six Nations Rugby Union and the English C...