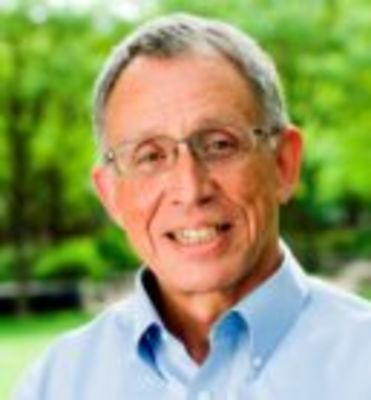 The Wharton School
William and Jacalyn Egan Professor of Management

Abstract: We assess the social value of corporate social responsibility (CSR) by focusing on one of the fastest growing CSR areas worldwide: the corporate provision of monetary and inkind resources to help communities recover from natural disasters. We use a proprietary dataset that covers all donations from all entities (i.e., firms, governments, multinational agencies, and other NGOs) around the world that were reported in media to all major disasters that affected the world from 2003 to 2013 and a novel quasiexperimental method in the management literature: synthetic control method. We found the competences and routines of the firm economically connected to the affected country generate a comparative advantage for the supply of relief and recovery visàvis traditional foreign national and multilateral donors. Because of these mechanisms, a substantial participation in disaster response by business organizations economically active in the affected country increases the speed of accumulation of relief resources during the first postdisaster month and a greater postdisaster recovery of social welfare, as proxied by the Human Development Index. Because our study informs on the conditions and mechanisms under which a specific form of CSR adds to social welfare, it complements the vast literature exploring a connection between prosocial behavior and firm performance. Consequently, our study contributes to the literature on strategic CSR where the ‘doinggood’ side of the tenet has remained understudied. Taken together, our paper shows how and when corporate disaster giving is a winwin investment for both the firm and society.

Abstract: The management literature has emphasized the role that imitation plays on corporate strategy. Firms tend to align to the social norms observed by reference peers. A widely invoked argument is that the community where firms are originally headquartered imprints them with a longstanding influence toward similar patterns of behavior. In this paper, I suggest that this argument is not easily generalizable once the organization internationalizes. Using the context of philanthropic responses in the aftermath of natural disasters, I show that the nonmarket activity of multinational firms that share the metropolitan area as headquarters may be significantly different. I find that firms tend to mimic the characteristics of the response of peers from the same industry despite that such organizations have different countries of origin. Furthermore, organizations that share metropolitan region as headquarters show dissimilar responses in a frequency that is not explained by chance. This study extends the global strategy and community literatures by proposing that the influence of geographic location on organizational behavior is less stable than institutional scholars tend to suggest. The systems of social norms and beliefs that firms join as they internationalize become more salient for organizational decision making than those learned in their communities of origin. The study also provides a more nuanced awareness of the role of the nonmarket activity of multinational enterprises in the context of geographically located systemic shocks.

Michael Useem (2015), “From Classwide Coherence to CompanyFocused Management and Director Engagement,” , Research in the Sociology of Organizations, 43.

Luis Ballesteros and Michael Useem, “How They Did It (Private Giving, Insurance Payouts for Recovery, Execution and Expectations”. In Leadership Dispatches: Chile's Extraordinary Comeback from Disaster, edited by Michael Useem and Howard Kunreuther, (2015), pp. 47165

The management of large, established enterprises creates a range of multifacet challenges for the general manager. A general manager needs to understand the internal workings of a firm, how to assess and create a strategy, and how to take into account increasing, globalization. While these issues are distinct, they are very much intertwined. As a result, this course will provide you with an integrated view of these challenges and show you that effective of an established enterprise requires a combination of insights drawn from economics, sociology, psychology and political economy.

Frederick Rueter
PHONE 412-268-4177 OFFICE GSIA - Tepper School of Business - Room 102 AREA OF EXPERTISE Economics EDUCATION Carnegie Mellon University - Ph D - 1973 Carnegie Institute of Technology - MS - 1966 Carnegie Institute of Technology - BS - 1965 COURSES TAUGHT ENVIRONMENTAL ECONMC (73148) 2015 ...
Francis Petel
Biography Francis Petel started to teach at ESCP Europe in 1999, and then became an affiliate Professor in Corporate Education.He is currently the Scientific Director in the Program “Direction Commerciale” and the Scientific Director in the Program “Intra Entreprises” (currently Program “KPMG Mid...
Dean Shepherd
Dean Shepherd is the Ray and Milann Siegfried Professor of Entrepreneurship at the Mendoza College of Business, Notre Dame University. Dean received his doctorate and MBA from Bond University (Australia). His research and teaching is in the field of entrepreneurship; he investigates both the deci...