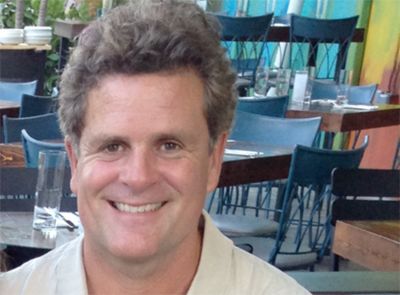 Walter O’Leary is the managing partner at South Pointe Capital. He is a seasoned financial markets expert with more than 20 years of experience advising businesses from taking public leading emerging market financial groups to building and merging boutique firms, to sourcing deals for single/ multi-family offices and, more recently, raising capital for entrepreneurs.

Prior to establishing South Pointe Capital in Miami in 2012, O’Leary founded WOL Partners in London in 2008 and opened a Zurich office in 2010 to advise institutional clients with origination, structuring and executing private equity and debt financing such as bank debt/senior loans, mezzanine debt and equity for growth and special situations across industries.

O’Leary started his financial training after graduating from Johns Hopkins University with a degree in economics. He started as a commercial bank lending officer and due to his international background was tapped to market global ADRs to international companies looking to list and raise capital in the NYSE and Nasdaq with The Bank of New York. He then was hired by a client of the bank to run international ADR trading with specialist firm Robb, Peck McCooey (acquired by LaBranche who was then acquired by Cowen) on the NYSE. His interest to learn more about the capital raising process led him to apply and enroll in the Full-Time MBA Program at Chicago Booth and then successfully transitioned to investment banking with Goldman Sachs and Morgan Stanley in New York. He then relocated to London to provide research sales coverage to European institutional investors for six years ultimately with William Blair before leaving to open a European broker dealer for the largest Brazilian bank – Bradesco. As head of Europe for Bradesco BBI, O’Leary built a team that successfully placed some of the most visible emerging market IPOs such as BM&F’s $3.33 billion capital raise with leading investors in the U.K., Europe, Middle East and Asia.

O’Leary is a lecturer in finance and entrepreneurship at the University of Miami Business School and an adjunct professor at the FIU College of Business. O’Leary has been actively involved in the Miami tech startup community. He was a judge at the eMerge Americas Startup Showcase Competition in 2016 and this year will be showcasing a recent University of Miami Business Plan Competition 2nd place winner.