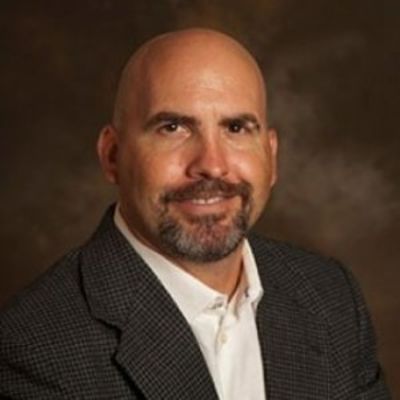 The Future of Television with Tad Smith (episode 1)

Tad Smith was appointed President and CEO of Sotheby’s in March 2015. Founded in 1744, Sotheby's is a global company that operates at the intersection of commerce and fine art, jewelry, and collectibles. It is the oldest company traded on the New York Stock Exchange.

Mr. Smith comes to Sotheby’s from another publicly-held company, The Madison Square Garden Company, where he also served as President and CEO. He led MSG in overall strategy and day-to-day operations for its iconic venues including "the world's most famous arena" and Radio City Music Hall in New York, the "Fabulous" Forum in Los Angeles, the Wang Theatre in Boston and the Chicago Theatre; MSG’s high-profile sports teams including the New York Knicks, Rangers and Liberty, and the Hartford Wolf Pack; entertainment properties such as the Radio City Christmas Spectacular and the New York Spring Spectacular both featuring the world famous Rockettes; and the leading regional sports networks in the United States (MSG and MSG+).

Prior to joining Madison Square Garden Company, Mr. Smith was President, Local Media at Cablevision Systems Corporation, where his responsibilities ranged from overseeing and growing News 12 Networks (the tri-state area leader in local cable news), to the leading daily newspapers Newsday on Long Island, and amNewYork, the widely circulated free daily. He was also responsibile for restoring growth to Cablevision Media Sales by launching and scaling the use of set top box data to drive the company's advanced television business to a leadership position within the industry.

Previously, Mr. Smith was at Reed Elsevier Group PLC, a worldwide provider of business information, where he was most recently CEO of its U.S. business-to-business division, Reed Business Information (RBI). He had responsibility there for Variety, Interior Design, Publishers Weekly, Mutlichannel News, Reed Construction Data, BuyerZone and many other print, data, and internet businesses. Before joining Reed Elsevier in 2000, he was an Internet executive at Starwood Hotels and Resorts, a corporate executive in New York and London for music company BMG Entertainment, and an advisor to companies on strategy and performance improvement in McKinsey & Company’s Los Angeles office. He began his career out of college at JP Morgan & Company and then the Rockefeller Foundation, and he was also the former chief of staff of the New York City Taxi & Limousine Commission.

Mr. Smith received a Master of Business Administration from Harvard Business School where he was a George F. Baker Scholar and a Horace W. Goldsmith Fellow. He received a Bachelor of Arts from Princeton University's Woodrow Wilson School of Public and International Affairs, where he received the R.W. Van de Velde Award. He is currently an Adjunct Professor at the Stern School of Business at New York University, where he has taught the popular course Strategy and Finance for Entertainment, Media, and Technology Companies to more than 800 students since 1999. He has served on numerous industry and nonprofit boards and advisory boards. Mr. Smith resides in Westchester County, New York, with his wife and two children.

Thomas Smith joined the Goizueta Business School faculty in 2008. He has held faculty positions at the University of Illinois–Chicago, National-Louis University, Loyola University, and North Central College. Smith received a PhD in labor and demography/cultural economics and policy from the University of Illinois at Chicago in 1998. He holds a BA from Illinois Wesleyan University. He has presented dozens of papers at academic and professional conferences in the U.S. and abroad. He has served as a consultant for the arts, music and entertainment industry (National Endowment for the Arts, Joffrey Ballet of Chicago) and in curriculum development (University of Illinois-Chicago, Buck Institute for Education).

Stephen Constable
Expertise in sales and marketing; engineering; entrepreneurship; setting up and running businesses; retail and leisure; relationship marketing; corporate governance and company strategy. Henley Business School certified business coach and member of the Chartered Institute of Marketing. As well as...
Ted Grubb
Ted is a former senior faculty member at the Center for Creative Leadership. In addition to classroom and programmatic work, Ted provided in-depth assessment, feedback and coaching to senior executives and their teams. Prior to joining CCL, Ted had a private practice in clinical psychology for 1...
Alan Parkinson
Alan is Deputy Director (Education) and Principal Teaching Fellow in Accounting in the School of Management. He is Chair of School Teaching Committee; Chair of School Examination Boards; Teaching Lead: Finance, Accounting and Economics; and is responsible for a number of teaching staff.  He is a ...