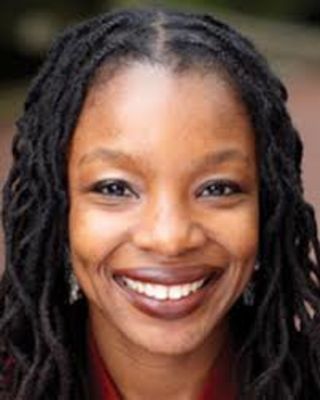 Modupe Akinola is the Sanford C. Bernstein Associate Professor of Leadership and Ethics at Columbia Business School. Prior to pursuing a career in academia, Professor Akinola worked in professional services at Bain & Company and Merrill Lynch. Professor Akinola examines how organizational environments- characterized by deadlines, multi-tasking, and other attributes such as having low status- can engender stress, and how this stress can have spill-over effects on performance. She uses a multi-method approach that includes behavioral observation, implicit and reaction time measures, and physiological responses (specifically hormonal and cardiovascular responses) to examine how cognitive outcomes are affected by stress. In addition, Professor Akinola examines workforce diversity. Specifically, she examines the strategies organizations employ to increase the diversity of their talent pool. She also explores biases that affect the recruitment and retention of minorities in organizations.

What happens before? A field experiment exploring how pay and representation differentially shape bias on the pathway into organizations In Journal of Applied Psychology (2015)
Coauthor(s): Katherine Milkman, Modupe Akinola, Dolly Chugh

Measuring the pulse of an organization: Integrating physiological measures into the organizational scholar's toolbox In Research in Organizational Behavior (2010)
Coauthor(s): Modupe Akinola

Stop Stressing So Much about Multitasking (2017)

Feedback Doesn’t Have to be Stressful (2015)

Life Hack Your Brian: The Best Way to Multitask – and Improve Productivity – According to Science

Manage Your Ego – and More Advice for MBA Students

Why You Should Actually Schedule Your Breaks, According To Science

SSRN Honor: Author of One of the 10 Most Downloaded Papers of the Year

Ravi Anupindi
Ravi Anupindi is Colonel William G. and Ann C. Svetlich Professor of Operations Research and Management at the Stephen M. Ross School of Business; founding Faculty Director of the Center for Value Chain Innovation; co-Director of the Technology and Business Innovation Forum at Ross and Chair of (...
Jiajia Liu
Biography Jiajia Liu joined Alliance Manchester Business School in 2010. While obtaining her PhD from the University of Sheffield, she also worked as a research assistant on an ESRC-funded research project on Corporate Governance and Technological Innovation in China. She also worked as a researc...
Jonathan (Jon) Eckhardt
Jon Eckhardt's work bridges research and practice. He is the Robert W. Pricer Chair in Enterprise Development and the Executive Director of the Weinert Center for Entrepreneurship at the University of Wisconsin-Madison. Eckhardt is a cofounder of the gener8tor business accelerator, which has help...