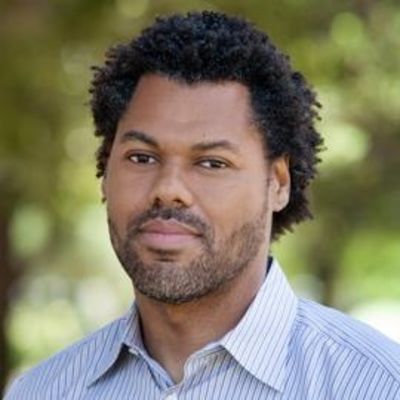 Professor Lowery's research seeks to extend knowledge of individuals' experience of inequality and fairness. His work suggests that individuals distinguish between inequalities framed as advantage as opposed to disadvantage. This finding affects how individuals perceive inequality and the steps they take, if any, to reduce it. Thus, his work sheds light on intergroup conflict and the nature of social justice.

Brian Lowery is a Professor of Organizational Behavior and a social psychologist by training. He received his doctorate from UCLA in 2001 with a minor in statistical methods.

Professor Lowery works to change the way people interact with each other in the world. At the GSB, he is currently driving an initiative to shape enlightened and purposeful leaders for a diverse society, and in so doing, to define the meaning and nature of leadership itself. He is a proponent of University collaborations and is actively looking to develop the GSB’s capacity to serve Stanford departments’ needs in facilitation, coaching, experiential learning design, and leadership development.

In the classroom, Professor Lowery translates basic knowledge about human interactions into lessons for aspiring leaders. He oversees the Leadership Fellows Program for second-year MBAs and teaches introductory organizational behavior courses for both master’s and doctorate level students.

Professor Lowery’s research has two major threads. The first thread examines the operation of racial attitudes below the threshold of consciousness. The second thread, which he pursues through the work of the Lowery Lab, focuses on how people perceive inequality. Underlying both lines of work is the assumption that individuals may unintentionally exacerbate existing inequity, despite supporting the ideal of a just and fair society. This research has been published in major scholarly journals such as the Journal of Personality and Social Psychology, the Journal of Experimental Social Psychology, and Law and Human Behavior.

This course introduces you to the structures and processes that affect group performance and highlights some of the common pitfalls associated with working in teams. Topics include team culture, fostering creativity and coordination, making group...

The Arbuckle Leadership Fellows Program plays an integral role in the GSB leadership curriculum by bringing together a group of talented second years to support the leadership development of the first-year class. OB330, an 8 unit two-quarter MBA2...

This course is the continuation of Leadership Fellows I, an 8-unit course that begins in Autumn Quarter. During this quarter Fellows will continue to deepen their coaching and mentoring skills, and will focus exclusively on in-depth 1:1 coaching...

This course introduces you to the structures and processes that affect group performance and highlights some of the common pitfalls associated with working in teams. Topics include team culture, fostering creativity and coordination, making group...

OB 346: Inside Life and Leadership

We created this class around the premises that 1) you have great potential, 2) you have had, and will continue to have, numerous opportunities to affect the world, and 3) to maximize your potential you need a reliable framework to gain self-...

Business doesn''t just happen, significant amounts of time are spent creating business plans, executing them, and ultimately trying to figure out what went wrong in order to correct them. This class argues, that similarly, organizational culture...

One scholar shows how you can gain more power, and why you should be leery.

Research shows that white Americans, when faced with evidence of racial privilege, deny that they have benefited personally.

Research shows that implicit racial prejudices corresponded with a reluctance to vote for Barack Obama and with opposition to his health care plan.

Concern about group position and well-being can tilt peoples' opinions against affirmative action policies, even if they want to help minorities.

writtenUnconscious Racial Stereotypes Can Be Reversible

Negative racial stereotypes affect even the most well-intentioned people, but research shows we can also be influenced for the better.

Seamus O'Cleireacain
Seamus O''Cleireacain  is an adjunct professor at SIPA where he teaches courses on EU-US economic relations and on European economic integration. He is professor emeritus at Purchase College. A specialist on international economic policy, European economic integration, including European Monetary...
Laura Brown
Overview I am a Lecturer in Psychology in the Division of Psychology and Mental Health. My research interests centre on characterising the patterns of psychological experience and functioning that are associated with ageing, and in developing interventions to help improve health and wellbeing in ...
Elizabeth Moliski
I teach business statistics and statistical modeling. My primary research interest is healthcare. I'm most interested in healthcare as a business and how we can provide the best quality healthcare, given the current state of medical knowledge.