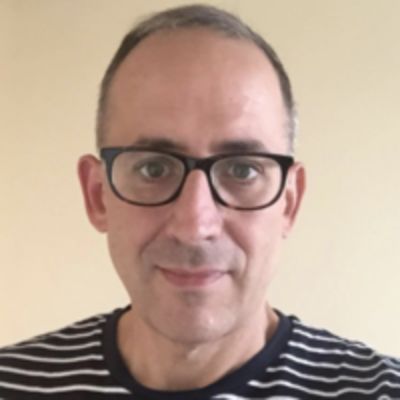 Paul Caleb 'Pete' Deemer is a well-known figure in the Agile community globally, and has spent the last 20+ years leading teams building products and services at companies in Silicon Valley and Asia. Pete is the co-author of The Scrum Primer, one of the most widely read introductions to Scrum, and lead author of The Distributed Scrum Primer, a guide to distributed and multi-location Scrum.

Pete is the CEO of GoodAgile and serves on the Board of Directors of the Scrum Alliance, the organization which provides the globally-recognized Certified ScrumMaster™ certification. Pete served as Vice President of Product Development for Yahoo! in the US where he led a large-scale rollout of Scrum, and Chief Product Officer for Yahoo! in India, Southeast Asia, Latin America, Eastern Europe, and the Middle East. Before Yahoo!, Pete was a Senior Vice President at c|net Networks. Pete was the co-founder of GameSpot, which was acquired by Ziff-Davis and is now part of CBS Interactive.

Pete is an honors graduate of Harvard University, and has spent a number of years as adjunct faculty at University of California Berkeley, most recently in the Graduate School of Business, where he received the prestigious Club 6 teaching award. Pete is a visiting lecturer at the Institute of Systems Science at the National University of Singapore for the 2013-2014 academic year.

Pete is based in Bangalore and Singapore, and travels frequently to Australia, China, and other countries in the region.

Emma Macdonald
Background Professor Emma Macdonald obtained her doctorate from the University of New South Wales in Australia and is a fellow of the Higher Education Academy.  She completed a Masters of Business (by Research) degree at the University of South Australia where she continues as Adjunct at the Ehre...
Nuria Villaescusa
Núria Villaescusa is lecturer in the Accounting and Control Department. She started her professional career at KPMG Audit. Later, she has worked as a financial manager and as a consultant. Her consulting work focus on the implementation of management control systems, including the specific areas...
Eve (Evangelia) Mitleton-Kelly
Experience Keywords IT legacy systems; agent-based modelling; co-creating enabling infrastructures; complexity theory; corporate governance &amp; project governance; disaster risk reduction in West African States; energy &amp; climate change; innovation; leadership; network theory; organisational...