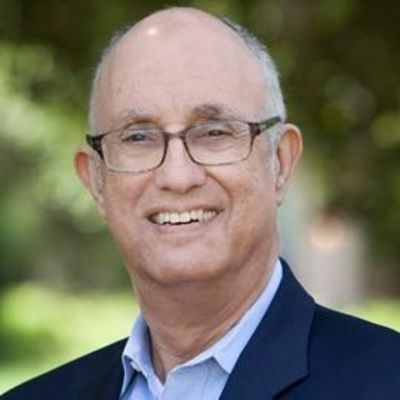 Jeffrey Pfeffer has published extensively in the fields of organization theory and human resource management. His current research focuses on the relationship between time and money, power and leadership in organizations, economics language and assumptions and their effects on management practice, how social science theories become self-fulfilling, barriers to turning knowledge into action and how to overcome them, and evidence-based management and what it is, barriers to its use, and how to implement it.

Jeffrey Pfeffer is the Thomas D. Dee II Professor of Organizational Behavior at the Graduate School of Business, Stanford University where he has taught since 1979. He is the author or co-author of 15 books including:

In March, 2018, HarperCollins will publish Pfeffer’s latest book, Dying for a Paycheck:  How Modern Management Harms Employee Health and Company Performance—And What We Can Do About It.

From 2003-2007, Pfeffer wrote a monthly column, “The Human Factor,” for the 650,000-person circulation business magazine, Business 2.0 and from 2007-2010, he wrote a monthly column providing career advice for Capital, a leading business and economics magazine in Turkey.  Pfeffer has also written for Fortune.com, BNET, the Washington Post, BloombergBusinessWeek.com, and is an Influencer on LinkedIn.

Pfeffer currently serves on the board of directors of Berlin Packaging, on the advisory board for Collective Health, and on the board of the nonprofit Quantum Leap Healthcare. In the past he has served on the boards of Resumix, Unicru, and Workstream, all human capital software companies, Audible Magic, an internet company, SonoSite, a NASDAQ company designing and manufacturing portable ultrasound machines, and the San Francisco Playhouse, a non-profit theater.

Pfeffer has presented seminars in 39 countries throughout the world as well as doing consulting and providing executive education for numerous companies, associations, and universities in the United States.

Jeffrey Pfeffer has won the Richard D. Irwin Award presented by the Academy of Management for scholarly contributions to management and numerous awards for his articles and books. He is listed in the top 25 management thinkers by Thinkers 50 and as one of the Most Influential HR International Thinkers by HR Magazine. In November, 2011, he was presented with an honorary doctorate degree from Tilburg University in The Netherlands.

Power and influence processes are ubiquitous and important in organizations, so leaders need to be able both to understand power and to act on that knowledge. This course has three objectives: 1) increasing students'' ability to diagnose and...

Power and influence processes are ubiquitous and important in organizations, so leaders need to be able both to understand power and to act on that knowledge. This course has three objectives: 1) increasing students'' ability to diagnose and...

The Wisdom of Embracing Your Adversaries

Why Deception Is Probably the Single Most Important Leadership Skill

Private Sector: Time To Get Specific About Leadership Ethics

Negativity in the workplace can quickly become contagious, expert says

The gig economy is coming. You probably won’t like it.

Have we created an unachievable myth of leadership?

Who are the world's best leaders

The Dawn of the Great Workplace Era

The Importance of Smelling the Roses

The Reasons Why We Have Mean Co-workers

How to Use Anger to Your Advantage

In a video produced by BigThink.com, Stanford's Jeffrey Pfeffer explores the many sources of power in corporate life.

Jeffrey Pfeffer discusses HP, acquisition strategy, and the success of outside hires.

The Stanford GSB's Jeffrey Pfeffer argues that being a socially responsible company should include focusing on employees' physical and psychological well-being.

The Futile War for Talent

Bosses in Love with Claptrap and Blinded by Ideologies

Curbing the Urge to Merge

What to Read over the Holidays

What Does the Word “Intelligence” Really Mean?

Stanford GSB professors suggest a reading list of articles and books related to the concept.

Why Uncertainty Makes Us Less Likely to Take Risks

Whether it’s now or later, people opt for guaranteed gains or losses when ambiguity reigns.

How the Ticking Clock Kills

A new study reveals spikes in stress when employees are told to think of time as money.

Stanford GSB professors suggest articles and books related to the concept of “equity.”

Why Thoughts of Death Make Us Yearn for Power

Confronted by their mortality, men, more than women, seek power to ease their anxiety.

Why We Absolve Successful People — and Companies — of Bad Behavior](https://www.gsb.stanford.edu/insights/why-we-absolve-successful-people-companies-bad-behavior)

Our inclination to rationalize low acts by high-status people has deep psychological roots.

Explore Stanford Business stories from 2015, including pieces on technology, finance, and work-life balance.

Jeffrey Pfeffer: How to “Lean In” to Power

Jeffrey Pfeffer: Why the Leadership Industry Has Failed

Advice given to leaders is too often based on the ideal world, not reality.

Those in the know share where to go to learn more about reward and related topics.

Jeffrey Pfeffer: Power (and How to Get More of It)

A professor of organizational behavior describes how you can increase your influence at work.

Stanford scholars identify 10 work stressors that are destroying your health.

Repaying favors is the norm in our personal lives, but not in the workplace.

Ten Tips for Building Stronger Networks in Work and Life

How to connect to the people who matter.

A professor of organizational behavior says office power dynamics are part of our DNA.

Research: All Money is Not Created Equal

A professor of organizational behavior argues that “human sustainability” may pay off too.

A professor of organizational behavior says companies spend too much time on polar bears and not enough on people.

Research shows bonuses and incentives are nice gestures of recognition, but aren't effective to drive behavior.

Time is Money When You’re Paid by the Hour

Studies show that those who are paid hourly think of time as a commodity.

Why You Need an Agent to Sing Your Praises

Recent research shows having an agent or recruiter negotiate a deal for you makes you seem more likeable — and can get you a better deal.

Herb Kelleher: Manage in Good Times So You'll Do Well in the Bad Times](https://www.gsb.stanford.edu/insights/herb-kelleher-manage-good-times-so-youll-do-well-bad-times)

The Southwest Airlines chairman and former CEO explains the business philosophy that has his company thriving in the brutal airline industry.

Jeffrey Pfeffer: Untested Assumptions May Have a Big Effect

Jeffrey Pfeffer: Too Much Management Can Block Innovation

Even some well-established practices may be counterproductive

Jeffrey Pfeffer and Robert Sutton explore how companies can turn talk into action, and why promoting internal competition may not help.

Why Some Managers Won't Let Go

A study reveals the tendency of leaders to inflate the worth of work produced with their direct oversight.

Women's Careers and Power, What You Need to Know | OB86 Jeffrey Pfeffer2012

Human Resources at the AES Corporation: The Case of the Missing Department | HR3 Jeffrey Pfeffer2004

SAS Institute (A): A Different Approach to Incentives and People Management Practices in the Software Industry | HR6A Jeffrey Pfeffer1998

Women's Careers and Power, What You Need to Know | OB86 Jeffrey Pfeffer2012

Human Resources at the AES Corporation: The Case of the Missing Department | HR3 Jeffrey Pfeffer2004

SAS Institute (A): A Different Approach to Incentives and People Management Practices in the Software Industry | HR6A Jeffrey Pfeffer1998

Geoff Frodsham
Geoff Frodsham is an experienced retail Supply Chain Executive, with more than 22 years of experience at Canadian Tire, Loblaw Companies, The Home Depot, and Walmart. He has an aptitude for identifying and applying "world class" practices in large scale transformation programs, and has a track re...
Andrew Balmer
Biography I research technology, science and everyday life. I am happy to supervise PhD students in the following areas: science and technology studies; lying, deception and secrecy; neurosociety and dementia; sociology of everyday lives.  My academic papers are best found here. My current p...
Katherine Checkland
Overview I qualified as a GP in 1991, and still work 1 day a week in a rural practice in Derbyshire. My research is based in the Health Policy, Politics and Organisations (HiPPO) group within the Centre for Primary Care in the Institute of Population Health. The group's research focuses upon the ...