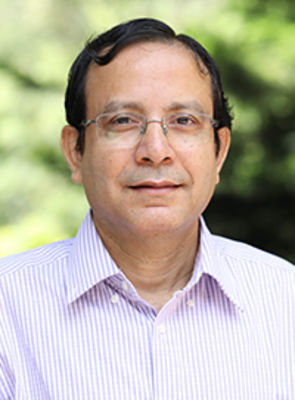 Gopal has been a successful Organizational Transformation Practitioner and Leadership Coach ardent about building Institutions and establishing systems to enhance performance. In Corporate and Consulting experience he had multiple institutionalized processes and built-in focus on vision, values, and growth of organizations. He has done extensive work in the area of Executive Coaching and 360 Degree Feedback Coaching for more than 1800 Top and Senior leaders in MNCs like: Nestle, Astra Zeneca , Oracle, and Private Companies/Groups like: Tatas, Birlas(ABG), RPG and PSUs.

He is a Fellow in Management (Doctoral Programme) from IIM, Bangalore & Post-Graduate in Personnel Management & IR from Xavier Institute of Social Service, Ranchi. He is educated in Coaching by Prof. Marshall Goldsmith. He’s a Certified Executive Coach by Results Coaching and Ericson Coaching and is also certified by Future Search, PDI, Mercer and MBTI (by APT). He is trained by London Business School in Strategic HR, and Total Quality by JUSE, Tokyo,

He was earlier the President, National HRD Network, and Bangalore. He has been visiting faculty member at IIM Bangalore, Kolkata & IIM Udaipur.  He has been on the Academic Council/Advisory Board of many key institutions and of leading B- Schools and Associate Editor, South Asian Journal of HRM. In addition to the corporate experience, he has co-edited three books, edited a Special Journal Issue of NHRDN on "Organisation Development" and written number of papers and participated in a number of international and national conferences.

Daniel Diermeier
About Daniel Diermeier Daniel Diermeier serves as the thirteenth Provost of the University of Chicago. As Provost, Diermeier has responsibility for academic and research programs across the University and oversees the University’s budget. Prior to his appointment as Provost, Diermeier was Dean of...
Warwick McKibbin
Professor Warwick McKibbin, AO is Professor of Public Policy and Director of the Centre for Applied Macroeconomic Analysis (CAMA) in the Crawford School of Public Policy at the Australian National University (ANU). He is also an ANU Public Policy Fellow; a Fellow of the Australian Academy of Soci...
Lars Winking
Lars Winking, MBA (Smith School of Business, University of Maryland) is the Marketing Director (B2B) at Sky Deutschland GmbH in Munich, one of Germany’s leading media companies. In this role, he is responsible for marketing Sky’s propositions to the out-of-home market in Germany and Austria, aimi...