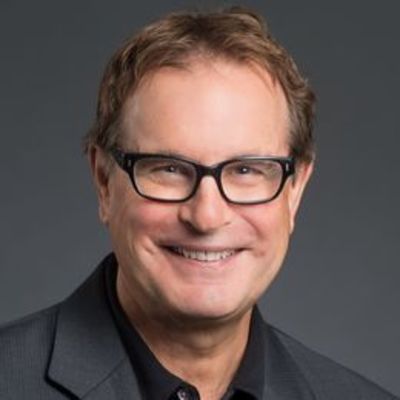 David L. Cooperrider, PhD, holds the Fairmount Santrol - David L. Cooperrider Professorship in Appreciative Inquiry at the Weatherhead School of Management, Case Western Reserve University, where he is the faculty founder of the Fowler Center for Business as an Agent of World Benefit. Cooperrider is best known for his original theoretical articulation of “AI” or Appreciative Inquiry with his mentor Suresh Srivastva. Today AI’s approach to strengths-inspired instead of problematizing change is being practiced everywhere: the corporate world, the world of public service, of economics, of education, of faith, of philanthropy, and social science scholarship—it is affecting them all. Jane Nelson, at Harvard’s Kennedy School of Leadership recently wrote, “David Cooperrider is one of the outstanding scholar-practitioners of our generation.”

Cooperrider has served as advisor to prominent leaders in business and society, including projects with five Presidents and/or Nobel Laureates such as William Jefferson Clinton, His Holiness the Dalai Lama, Kofi Annan, and Jimmy Carter. David advises a wide variety of corporations including Apple, Johnson & Johnson, Green Mountain Coffee Roasters, Verizon, Hunter Douglas, Cleveland Clinic, National Grid, The J.M. Smucker Company, Clarke, Fairmount Minerals, McKinsey, Parker, Dealer Tire, and Wal-Mart as well as the Navy, Red Cross, United Way of America, and the United Nations. Cooperrider is also a founding Board Member of the Taos Institute and the International Association of Positive Psychology.

Cooperrider has published 25 books and authored over 100 articles and book chapters. He has served as editor of both the JOURNAL OF CORPORATE CITIZENSHIP with Ron Fry and the current academic research four-volume series on ADVANCES FOR APPRECIATIVE INQUIRY, with Michel Avital. In 2010 David was honored with the Peter F. Drucker Distinguished Fellow award. David’s books include APPRECIATIVE INQUIRY: A POSITIVE REVOLUTION IN CHANGE (with Diana Whitney); THE ORGANIZATION DIMENSIONS OF GLOBAL CHANGE (with Jane Dutton); ORGANIZATIONAL COURAGE AND EXECUTIVE WISDOM (with Suresh Srivastva); and THE STRENGTHS-BASED LEADERSHIP HANDBOOK (with Brun & Ejsing.) Cooperrider’s work has received many awards including Distinguished Contribution to Workplace Learning by ASTD; the Porter Award for best writing in the field of Organization Development and the Aspen Institute Faculty Pioneer Award. In 2016 he was named as one of the nation’s top thought leaders by Trust Across America and honored as one of AACSB’s “Most Influential Leaders.”

In the highest recognition, Champlain College’s Stiller School of Business honored Cooperrider’s impact with an academic center in his name. Opened in 2014 it is called the David L. Cooperrider Center for Appreciative Inquiry, and Cooperrider serves as its Honorary Chair. For the center’s dedication Professor Marty Seligman, the father of the positive psychology movement wrote: “David Cooperrider is a giant: a giant of discovery, a giant of dissemination, and a giant of generosity.” Likewise Jane Dutton, former President of the Academy of Management said, “David Cooperrider is changing the world with his ideas and who he is as a person. There are few who combine such insight, inspiration and energy.”

The Weatherhead School of Management is different from other business schools. We are bold in our ideas, creative in our approach, and adaptive in our interactions within a changing business environment. We''ve enhanced traditional management education by integrating the fundamentals of business with ideas and practices that change individuals, organizations and societies. At Weatherhead, we develop leaders as good global citizens who innovate to create sustainable value.

Xiaowei Rose Luo
Xiaowei Rose Luo is an Associate Professor of Entrepreneurship and Family Enterprise at INSEAD. She is also an Assistant Professor of Business Administration at the University of Illinois at Urbana-Champaign. She holds a PhD in Sociology with a focus on organisational studies from Stanford Univer...
Stacie Laplante
Stacie Laplante received her Ph.D. from University of Washington in Seattle, has previously taught at Terry College of Business at the University of Georgia, and has nine years of experience in public accounting industry as a certified public accountant. Laplante’s research focuses on the interse...
Martti Raevaara
Peer-reviewed scientific articlesBook section, Chapters in research booksAalto University Art and Science Meet Technology and BusinessRaevaara, Martti; Laukkanen, Seppo; Markkula, Markku; Ahonen, Esa2016 ISBN: 9781784717711Interlinking studio and VLE - new ways to international collaboration in a...