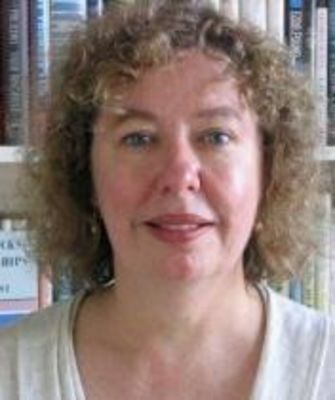 Columbia Journalism School
Director of the Columbia Publishing Course, both in New York City and in Oxford, England.

Shaye Areheart is the director of the Columbia Publishing Course, both in New York City and in Oxford, England.

For thirty‐one years, she worked as an editor at Doubleday and Company, now Doubleday Knopf, and at the Crown Publishing Group, a division of Penguin Random House, Inc. She began her career as an assistant to the editor and rose through the ranks to editor, senior editor, executive editor, editorial director and publisher. She was given an eponymous fiction imprint in 1999 and published authors including Alice Hoffman, Gillian Flynn, Lisa Unger, Chris Bohjalian, Roland Merullo, Craig Nova, Barbara Vine and Jeanne Ray.

During her long career, she worked closely with Jacqueline Kennedy Onassis, co‐editing a variety of books from Michael Jackson's #1 bestselling memoir, Moonwalk, to Gelsey Kirkland's bestselling memoir, Dancing on My Grave, to George Plimpton's Fireworks: A History and Celebration and former Vogue and Maribella editor in chief Diana Vreeland's book on style, Allure.

She taught at the Columbia Publishing Course annually during her long career and worked to establish the great new course at Oxford University. Shaye feels fortunate to be in a position to help new generations of young people carry on the important work of finding, editing, marketing, publicizing and publishing books and authors, as well as contributing to the print and digital publications that are the all‐important showcases for writing talent of every stripe and a map to any culture's progress and interests.

Marie Pierre Fenoll
Biography Marie-Pierre Fenoll-Trousseau is Professor in Law at ESCP Europe. She is co-ordinator of the Department of Economics, Law and Social Sciences (SJES) at the Paris campus. She holds a Doctorate in Private Law and a Post-Doctoral Qualification for the Supervision of Research in Law. She ha...
Kelly O'Connor
Kelly O'Connor currently manages one of the largest products at the White House. Presently, Kelly is serving a 2-year appointment at the U.S. Digital Service (USDS) (https://www.usds.gov ) -- a startup at the White House, founded by President Obama in August of 2014 to recruit engineers, designer...
Mark Kennedy
Dr. Kennedy's research focuses on the emergence of new markets and industries and the more basic building blocks of organising—categories, identities, forms, strategies, practices, reputation criteria and so on. Within this broad topic, he pays particular attention to meaning construction process...