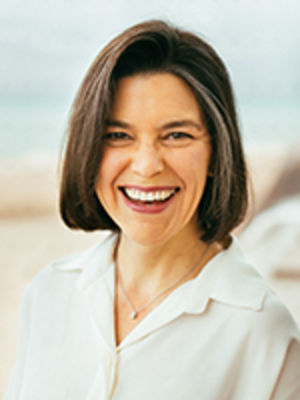 Michelle Albaugh is a highly regarded leadership and effectiveness coach. She joined the MSLOC faculty in September, 2015, after she earned her PhD in Human Development & Social Policy, from the School of Education and Social Policy here at Northwestern. She received a bachelor’s degree in music, magna cum laude, from DePaul University in 1994. She spent roughly the next 10 years working for a start-up in the telecommunications industry, first in a technical capacity and then in establishing client relationships and crafting creative communication solutions for business and government. It was during that time that she developed an interest in leadership, leadership development, and organizational change.

Michelle made the jump to academia to work as a full-time research assistant for sociology professor Kathy Edin, on the TLC3 subset to the Fragile Families and Child Well-Being study. From that experience she caught the research bug and then earned her PhD at Northwestern.

Her research thus far has centered on life narratives at the intersection of personal faith and political ideology. She collaborated with Professor Dan McAdams, using his narrative theory of personality and associated methodologies to study how committed Christians, politically liberal and conservative, differ from each other.

Joining the MSLOC program faculty represents an optimal convergence of Michelle’s past, present, and future research & career interests. She is co-teaching a variety of MSLOC courses and serving as a Capstone Advisor, as well as facilitating the Organizational and Leadership Coaching Certificate (OLCC) Program.

Her husband, Terry, is an entrepreneur, and together they have 2 children (Samantha and Joshua) who keep them on their toes and help put the rest of life into perspective!

McAdams, D. P., & Albaugh, M. (August, 2008). What if there were no God? Politically conservative and liberal Christians imagine their lives without faith. Journal of Research in Personality: 1668-1672.

McAdams, D. P. & Albaugh, M. (2008). The Redemptive Self, Generativity, and American Christians at Midlife: Life Stories of Evangelical and Mainline Protestants in Belzen, J. A. & Geels, A., Autobiography and the psychological study of religious lives Rodopi.

Wolfgang Ketter
Wolfgang Ketter is a Professor of Next Generation Information Systems at the Department of Technology and Operations Management at Rotterdam School of Management, Erasmus University. Professor Ketter is the founder and director of the Learning Agents Research Group at Erasmus. The goal of this g...
Daniel Bartels
Daniel Bartels investigates the mental representations and processes underlying consumer financial decision making, moral psychology, and intertemporal choice. His work has appeared in such publications as Cognition, Journal of Experimental Psychology: General, Psychological Science, Cognitive Ps...
José Antonio Segarra
Areas of Interest Restructuring and turnaround processes in small and medium-sized companies Telecommunications industry Market orientation of the business and organization Applied market research José Antonio Segarra is a professor in the Marketing Department, where he teaches sessions on sal...