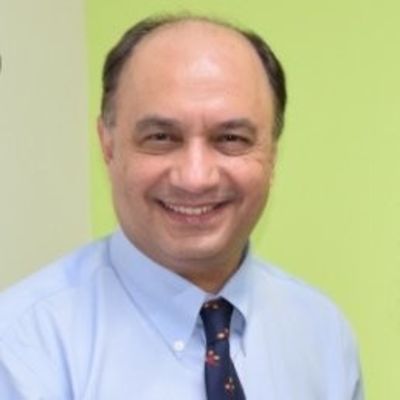 Trade Wars and Their Consequences: Egyptian Cotton and Indian Tea

Dr. Langdana's areas of specialization include monetary and fiscal theory and international trade and global macroeconomic policy. His research deals with macroeconomic experimentation and the role of stabilization policy in an expectations-driven economy. He has published several articles as well as five books in this area. His new book, co-authored with Peter Murphy and published by Springer Press, is titled "International Trade and Global Macropolicy."

Most recently, Prof. Langdana's Macropolicy course and Prof. Ignacio (Nacho) Vijil-Cabrera’s course in Pricing Strategy (Managerial Econ) were both ranked #5 and #2 by Financial Times in Economics in EMBA programs worldwide, in 2017 and 2018.

In a recent interview Langdana said, "This is actually the second time in 10 years that Rutgers EMBA Economics was ranked #2 in the world by the Financial Times, and both times we were right behind Chicago Booth". He adds, chuckling, "In fact this is reassuring--the University of Chicago has 30! Nobel laureates in their Economics Department. If we were to be ranked ahead of that team, Nacho and I would surely conclude that something was off with the FT rankings!"

Dr. Langdana is the recipient of the Horace dePodwin Research Award and more than 30 teaching awards, including the highest possible teaching award at Rutgers University -- the Warren I. Susman Award. He also has received Rutgers Business School's Paul Nadler Award for Excellence in Teaching and was named in Business Week as one of the two Most Popular Business Professors at Rutgers University (BusinessWeek, Oct. 2nd, 2000). From 2011 to 2013, the Award for Excellence in teaching in the MBA Program was named the Farrokh Langdana Teaching Excellence Award.

A professor in the Finance and Economics Department at Rutgers Business School, Dr. Langdana is also director of the globally ranked and highly regarded Rutgers Executive MBA Program. Dr. Langdana was recently interviewed by The Wall Street Journal where he discusses how the Rutgers EMBA program evolves constantly to meet the changing needs and demands of the global executive workplace. He has been director since 1997.

He currently teaches Macroeconomic Policy as well as International Trade and Global Macropolicy in the EMBA and MBA programs at Rutgers Business School. In addition to his role at Rutgers, Prof. Langdana has taught extensively in China, Singapore, and France as well as in Iceland and India. All of his courses have a genuinely global outlook.

His lectures integrate solid theory with actual ongoing developments in the global economy. Some topics in the macroeconomics course include the current US budget and trade deficits and the capital inflows that finance them, Fed policy, the Stability Pact and European Central Bank Policy, recent soft-landings in the emerging economies, the dollar-yuan peg and Chinese monetary policy. The trade class covers topics such as outsourcing, US R&D and intellectual property violation, the outlook on trade and employment, and exchange rate dynamics in Europe, China, India and the US.

For the last two decades, since 1997, Dr. Farrokh Langdana has served as director of the globally ranked and highly regarded Rutgers Executive MBA program, also known as the Powerhouse.

Langdana has been interviewed by The Wall Street Journal where he discusses how the Rutgers EMBA program evolves constantly to meet the changing needs and demands of the global executive workplace.