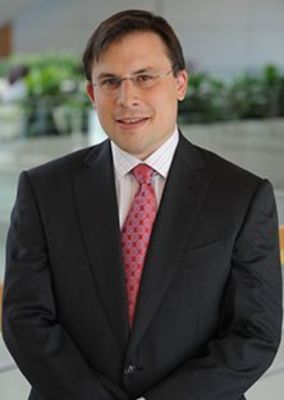 Tobias J. Moskowitz, who joined the faculty in 1998, studies asset pricing, portfolio choice, risk sharing, market efficiency, real estate markets and finance, empirical corporate finance, and the business and analytics of sports. He has explored topics as diverse as momentum in stock returns, local bias in investment portfolio choice, the social effects of bank mergers, carry trades in currencies, bonds, and commodities, and sports betting markets. He also looked at the return to private business ownership, the trading and financing of commercial real estate, and the political economy of financial regulation.

Moskowitz was recognized by the American Finance Association with its 2007 Fischer Black Prize, which honors the top finance scholar under the age of 40. The award cited his "ingenious and careful use of newly available data to address fundamental questions in finance."

His article, "Home Bias at Home: Local Equity Preference in Domestic Portfolios," written in 1999 with Joshua Coval, won him the 2000 Smith-Breeden Award for the best paper published in the Journal of Finance. More recently, he won the 2004 and 2005 Barclays Global Investors Michael Brennan Award for the best paper published in the Review of Financial Studies for his papers entitled, "Informal Financial Networks: Theory and Evidence," written in 2003 with Mark Garmaise and "Confronting Information Asymmetries: Evidence from Real Estate Markets," written in 2004 with Mark Garmaise. He also won the 2006 Brattle Prize for a distinguished paper published in the Journal of Finance, "Testing Agency Theory with Entrepreneur Effort and Wealth," written in 2005 with Annette Vissing-Jorgensen and Marianne Bitler. And, he has won the Q Group Research Award twice: once for his paper “Market Frictions, Price Delay, and the Cross-Section of Returns”, written in 2005 with Kewei Hou, and a second time for his paper “The Effects of Stock Lending on Security Prices: An Experiment” in 2011 with Steven Kaplan and Berk Sensoy.

Always trying to bring his professional experiences into the classroom, Moskowitz observes that the gap between theory and practice is not as wide as people think. "It's always interesting to try to understand why," he says, "and I get my students to think about these issues."

Moskowitz serves as a research associate for the National Bureau of Economic Research and is a current editor of the Review of Financial Studies. His work has been cited in the Wall Street Journal, the New York Times, US News and World Report, Money magazine, and a 2005 speech by former Federal Reserve Chairman Alan Greenspan.

He was previously the Fama Family Professor of Finance at the University of Chicago Booth School of Business, where he had taught since 1998. Professor Moskowitz was recognized by the American Finance Association with its 2007 Fischer Black Prize, which is awarded biennially to the top finance scholar in the world under the age of 40 in years when one is deemed deserving. The award cited his “ingenious and careful use of newly available data to address fundamental questions in finance.”

Professor Moskowitz serves as a research associate for the National Bureau of Economic Research and is a former editor of the Review of Financial Studies and a current associate editor of the Journal of Finance. His research studies financial markets and investments, including the behavior of prices and investors. He has explored topics as diverse as momentum in stock returns, biases in investment portfolios, the social effects of bank mergers, the return to private business ownership, mutual and hedge fund performance, the political economy of financial regulation, and the economics of sports. He has presented his research at many academic, corporate, and government institutions worldwide.

Professor Moskowitz spent the 2007-2008 and 2014-2015 academic years on leave at AQR Capital Management, LLC a hedge fund in Greenwich, CT, with which he has an ongoing consulting relationship and for which he is a principal.

In 2011, he wrote the best-selling book Scorecasting (Crown Archetype, Random House) co-authored with L. Jon Wertheim of Sports Illustrated, that uses economic principles to explain the hidden side of sports.

Born in West Lafayette, IN, Moskowitz earned a bachelor's degree in industrial management and industrial engineering (with distinction) in 1993 from Purdue University, a master’s degree in management from Purdue in 1994, and a Ph.D. in finance from UCLA in 1998. He resides in Connecticut with his wife, Bonnie, and their four children.