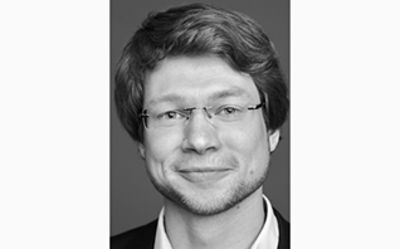 Dr. Thorsten Busch has been working at the Institute for Business Ethics since 2007, first as a research assistant to Peter Ulrich and then as a research assistant to Thomas Beschorner and Florian Wettstein. From 2001 until 2007, he studied political science, economics, and management at the universities of Oldenburg (Germany) and St.Gallen (Switzerland) before working as a research assistant in social network research at the University of Oldenburg. During his studies, he was an intern at several media outlets and at the German Federal Parliament (Bundestag) in Berlin. At the same time, Thorsten worked for three professors in the fields of strategic management, political finance, and political theory.

In July 2010, Thorsten was awarded a place on the Oxford Internet Institute's Summer Doctoral Programme. Since October 2010, he has been a member of the Trans-Atlantic Doctoral Academy on Corporate Responsibility (TADA). From September 2010 through January 2011, he was a visiting scholar at the Berkman Center for Internet and Society at Harvard University. In the 2012/13 academic year, he was a visiting scholar at HEC Montréal and at Concordia University's Technoculture, Art and Games Research Centre (TAG), supported by a Swiss National Science Foundation fellowship. In August 2012, Thorsten received the Society for Business Ethics Founders' Award, and he defended his PhD thesis in April 2013. Since September 2013, Thorsten is a Postdoctoral Fellow at the Research Centre in Technoculture, Art and Games (TAG), Concordia University, Montréal. In 2015, Thorsten will teach "Digital business ethics" and "Digital games: culture, business, ethics" at the University of St.Gallen.

Le (Betty) Zhou
Le (Betty) Zhou Assistant Professor Department of Work and Organizations Education PhD 2014 Management University of Florida M.S. 2011 Organizational Psychology University of Maryland B.S. 2009 Psychology Peking University Expertise Leadership and Teams Workplace Training and Develo...
Michael Jarrett
Michael Jarrett is a Senior Affiliate Professor in organisational Behaviour at INSEAD. His work is guided by three core questions: What are the structural dynamics that facilitate companies ability to change? How do emotions and psychological defense mechanisms support and hinder strategic reorie...
Benoît Monin
Research Statement Using the methods of experimental social psychology, Professor Monin's research investigates the interplay between self-image and morality. He seeks to understand for instance when individuals behave unethically, and how they live with it; the consequences of high or low moral...