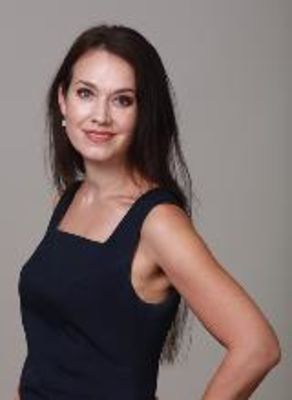 A graduate of Imperial College of Science, Technology and Medicine, and Fellow of the Royal Society for Public Health, she was the first jointly-funded post holder between the London Borough of Barnet Local Planning Authority and Barnet Health Authority, pioneering integrated care initiatives. Subsequently, working for the British Government’s Department of Health, she managed the UK’s longest running public health campaign, the Heartbeat Award.

Prior to joining NUS-ISS, she was Managing Director of innovation strategy firm WoodHolmes, and was previously Head of Strategic Communications for the UK’s largest civil engineering project at the time of commencement, the award-winning New Tyne Crossing.

Prior to joining ISS, Tamsin was the Managing Director and Co-Owner of UK & Singapore-based innovation company Wood Holmes, which specialised in complex projects in the digital, urban and sustainability spaces. Tamsin oversaw the eventual sale and merger of the company in November 2012.

During her time at Wood Holmes, Tamsin delivered numerous high profile, sensitive projects including the high profile New Tyne Crossing project. She assisted an international consortium headed by Bouygues, one of the largest contracting firms in the world, in bidding to deliver the S$720M Public Private Partnership project in the north east of England, UK. Upon the successful appointment of the consortium in 2007 Tamsin went on to lead strategic communications, public affairs, and partnering activities for the New Tyne Crossing project, aligning the varying expectations and requirements of the project stakeholders. Despite challenging economic, sociopolitical, and environmental circumstances, the project completed ahead of schedule, achieving an outstanding public satisfaction record, and winning the prestigious Major Civil Engineering Project of the Year Award in 2012. Tamsin organised the official opening of the new infrastructure by Her Majesty The Queen in July 2012, and authored the legacy book of the project.

In a consulting role, Tamsin assisted the development and delivery of public consultation and stakeholder engagement programmes for the UK Atomic Energy Authority (UKAEA), primarily at their Dounreay nuclear facility in the Scottish Highlands. In line with UKAEA’s commitments under the thirty year site restoration plan, numerous consultation programmes were devised in order to ensure robust public input to the Best Practicable Environmental Option studies that would seek to manage the decommissioning of the site. Tamsin has provided support to similar public consultation activities at nuclear facilities across the UK.

Tamsin co-authored the national community consultation handbook on behalf of the British Government’s Nuclear Decommissioning Authority, into the High Level Safety Case for the siting of a geological repository for high level radioactive waste. Bespoke stakeholder engagement concepts were developed and pre-tested during development of the handbook.

In addition, Tamsin has previously worked in the telecoms sector, initially managing community engagement across London and south east England, and assisting the change process associated with the rollout of the UK mobile network, for Orange. Tamsin went on to contribute to the development of the industry’s ‘Ten Commitments’ model of best practice for network rollout, and subsequently assisted both the British and Australian industry bodies in developing a stakeholder-centric approach to planning and development. Tamsin has delivered risk communications training and authored handbooks to assist the embedding of a new cross-industry planning culture.

Tamsin began her career in local government, working within the Environmental Health department at the London Borough of Barnet. Tamsin moved quickly from addressing public pollution and nuisance breaches, into a health and environmental education role. She became the first jointly-funded post holder between the London Borough of Barnet council and Barnet Health Authority, appointed to align the health promotion objectives of both organisations. She was elected onto the Home Energy & Efficiency Act (HECA) Committee for London and SE England, and was the HECA officer for the borough, responsible for developing and implementing home energy efficiency strategies to meet sustainability targets. She went on to manage the longest running national health campaign at the Department of Health’s Health Education Authority in Westminster, the Heartbeat Award.

Patrick Turner
Prior to joining the Fisher College of Business in 2002, Mr. Turner spent 26 years in public accounting and was an audit partner with Arthur Andersen LLP. As an audit partner he provided financial statement audit, consultation and other attestation and assurance services to numerous public and cl...
Christopher Armstrong
Professor Armstrong’s research focuses issues related to corporate governance, debt and executive compensation contracting, corporate valuation, and cost of capital. Professor Armstrong serves on the editorial boards of the Journal of Accounting and Economics, Journal of Accounting Research, and ...
Ammar Sharkatli
Speciality : Law Expertise : Corporate Governance Bio Ammar Sharkatli , PhD, is Associate Professor of Law at EDHEC Business School. He holds a Doctorate in Corporate Law (University of Lille II). He has also been a lawyer at the Damascus Bar since 2004. Before joining EDHEC Business School,...