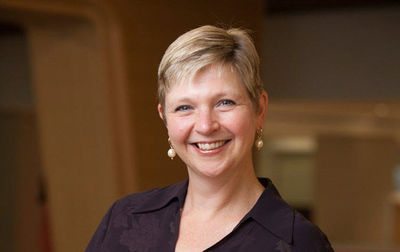 Stephani Robson, senior lecturer at the Cornell School of Hotel Administration, worked for several years in restaurants and retail food operations in her native Canada before deciding to pursue a college degree in the field. She graduated from the School of Hotel Administration in 1988, and began her career as a food-service designer with Cini-Little International and subsequently with Marrack Watts in Toronto, Ontario. As a professional food-service designer, she has designed kitchen facilities for hotels, restaurants, airports, hospitals, universities, and catering halls. She joined the school''s faculty in 1993, earned a Master of Science in human-environment relations in 1999, and in 2010 completed her PhD at Cornell with a focus on consumer behavior in restaurants. Her academic interests center on how the design of environments affect consumer intentions, satisfaction, and behavior. She is a specialist in the psychology of restaurants and has presented and published her research in a wide range of industry and academic forums around the world.

Antoinette Schoar
Antoinette Schoar is the Michael M. Koerner (1949) Professor of Entrepreneurship and a Professor of Finance at the MIT Sloan School of Management. An expert in corporate finance, entrepreneurship, and organizational economics, Schoar researches venture capital, entrepreneurial finance, corporate...
Giacomo De Laurentis
Curriculum Vitae Giacomo De Laurentis is SDA Professor of Banking and Insurance at SDA Bocconi School of Management. He is Full Professor of Banking and Finance at Bocconi University where he teaches Credit Risk Management, Corporate Finance and Financial Markets. At SDA Bocconi, he was Director...
Michaela Kreyenfeld
Michaela Kreyenfeld is Professor of Sociology at the Hertie School of Governance. She also serves as PhD Director at the Hertie School. Her research focuses on family behaviour, life course analysis, social policy and migration. Until 2016, she led the research group Life Course, Social Policy, a...