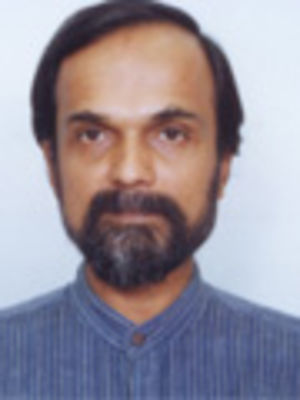 Member of the Working Group for the Ninth Plan on Small Scale Industries, and Chairman of the group's Subcommittee on Finance and Sickness (1997-99).

Member of the Working Group for Small Firms, Planning Commission (1999-2001).

Member of the Working Group on Infrastructure, of the CII (2001-)

Member of the Consultative Group for the 10th Plan, Planning Commission –External Sector

Chairperson of the subcommittee and member of the High Powered Committee on Fertiliser Pricing (YK Alagh) (Sub-committee : Pricing and Availability of Feedstock ) (2004- 2006)

National Committee for Promotion of Social and Economic Welfare (member) (2007-)

Member of the Board of Directors of the IIMA-Idea Telecom Centre of Excellence, and initiator of the Centre at IIMA

John Hausknecht
John Hausknecht is an associate professor of human resource studies at Cornell University. He earned his Ph.D. in 2003 from Penn State University with a major in industrial/organizational psychology and minor in management. He received the 2004 S. Rains Wallace Award for the best dissertation in ...
Daniela Langaro
And over 30,000 online and printed journals + well-known business databases like Bloomberg, Euromonitor,... available for you. Professor Daniela Langaro holds a Phd in Marketing from ISCTE-IUL (Lisbon). Before joining the academic world, Daniela held several marketing positions in companies as Da...
Hanneke Frese
Hanneke Frese is an executive coach to senior professionals and an independent consultant supporting global organizations with strategic Human Resources projects. In addition, Hanneke is active in the field of think tanks focusing on trends that shape the future of work and is a guest lecturer at...