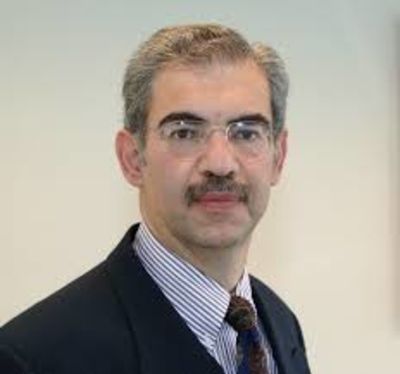 Mexican economist Santiago Levy Algazi became the Vice President for Sector and Knowledge on March 1, 2008. From August 2007 to February 2008, he served as General Manager and Chief Economist for the IDB Research Department.

Previously, he was General Director at the Mexican Social Security Institute (IMSS) from December 2000 to October 2005. Under his tenure, he promoted changes to the Social Security Act to increase transparency and accountability in IMSS finances and create long-term reserves.

From 1994 to 2000, Levy served as the Deputy Minister at the Ministry of Finance and Public Credit of Mexico, becoming the main architect of the renowned social program Progresa-Oportunidades that benefits the poor. He managed budgetary adjustments during the 1994-95 economic crisis and the 1998 fall in oil prices. Previous positions include President of the Federal Competition Commission and Director of the Economic Deregulation Program at the Ministry of Trade and Industrial Promotion.

Levy holds a Ph.D. in economics from Boston University and a Masters in political economy from the same university. He was a post-doctoral fellow at Cambridge University.

Levy has advised several governments and international organizations and has held several teaching positions, including faculty positions at the Instituto Tecnológico Autónomo of Mexico and Boston University, where he was Associate Professor and Director of the Institute for Economic Development.

He is the author of at least 75 articles, monographs and book chapters on such diverse subjects as poverty reduction, competitiveness, foreign exchange policy, export imbalances, pricing, microeconomics and energy. His paper Poverty in Mexico won the 1992 National Research Prize in Economics awarded by the Bank of Mexico.

Santiago Levy is a nonresident senior fellow with the Global Economy and Development Program at Brookings and president of the Latin American and Caribbean Economic Association. From 2008 to 2018 he was the vice president for sectors and knowledge at the Inter-American Development Bank. From 1994 to 2000, he served as the deputy minister at the Ministry of Finance and Public Credit of Mexico.

At the Ministry of Finance, he was the main architect of Progresa-Oportunidades, Mexico’s incentive-based health, nutrition, and education program for the poor; managed the transition from generalized to targeted subsidies; promoted legal reforms to decentralize resources to states and municipalities; participated in the change of the pay-as-you-go to the capitalized pension system; promoted a regional plan to develop Mexico’s southern region; and drafted and negotiated six budgets with the Federal Congress. At the Social Security Institute, he promoted legal changes to reform pensions and extend coverage to rural workers; was responsible for the provision of health services to 45 million people, introducing preventive health programs and electronic medical records; managed pensions for 2.5 million people and day care centers for 230,000 children; managed $8 billion in reserves; and collected annually $20 billion in social security contributions. In 1993, he led the work to draft Mexico’s first antitrust legislation to regulate mergers and punish anticompetitive business practices, and served as the first president of the Federal Competition Commission.

Ashok Srinivasan
PhD, Carnegie Mellon University; MBA, University of Delhi; BEng, University of Madras Ashok Srinivasan's research interests include supply-chain management, nonprofit management, and productivity analysis. His research has appeared in Management Science, Operations Research, European Journal of ...
Risto Rajala
I am an Associate Professor of the Department of Industrial Engineering and Management at Aalto University, School of Science. I hold a PhD in Information Systems Science. My research focuses on service engineering and management in technology-based businesses. It involves digitalization of opera...
Gemma Southall
Gemma works in the finance team and is responsible for the Fund''s management accounts and forecasts. Her role includes providing a dedicated and professional management accounting service to all departments in the Fund, delivering accurate and highly analytical management accounting information ...