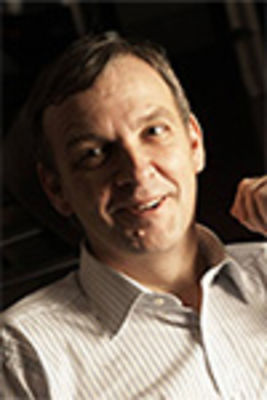 Robert (Bob) Elton served as President and Chief Executive Officer of BC Hydro, a public‐owned energy company in the province of British Columbia, Canada, from November 2003 to December 2009. Before joining BC Hydro, Mr. Elton was Chief Financial Officer of Eldorado Gold Corporation from 1996 to 2001. Bob received his Master of Arts from Cambridge University, England. He spent over 20 years as a practicing Chartered Accountant with PricewaterhouseCoopers, becoming partner of the firm in 1987.

Bob is an Adjunct Professor at the Sauder School of Business, where he teaches leadership and organizational change programs. He has held the titles of Partner, CFO, President, CEO, Executive Chair, Chair of the Board and Director at organizations including Vancity, BC Hydro and PwC. He currently sits on three boards, and was a member of the executive leadership team at Vancity.

Christos Begkos
Biography Christos Begkos joined the Accounting and Finance Division as a Lecturer (Assistant Professor) in Management Accounting in August 2015. He previously held an appointment as a Research Associate at Manchester Business School (2012-2015), as a member of a research team that explored the c...
Eric Braverman
Eric Braverman is CEO of Schmidt Futures, a venture facility for public benefit founded by Eric and Wendy Schmidt that advances the most promising ideas in technology, scientific breakthroughs, and paths to shared prosperity in society. (See schmidtfutures.com.) Prior to creating Schmidt Futures,...
Rick Simoni
Rick Simoni is the founder and president of the Sales Co., a sales system consulting firm specializing in Sales Cycle and Buying Journey Acceleration. The singular focus of Rick’s career has been on the development and execution of world-class systems for sales onboarding, sales training, produc...