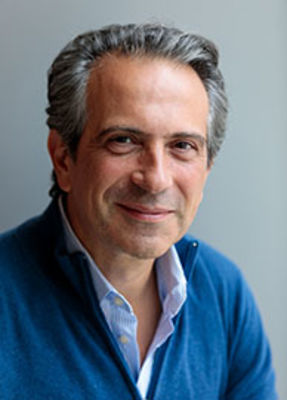 Political gridlock, the economy, and your portfolio

Pietro Veronesi is the Roman Family Professor of Finance at the University of Chicago, Booth School of Business. He is also the faculty director of Booth Ph.D. program, a director of the American Finance Association, a research associate of the National Bureau of Economic Research and a research fellow of the Center for Economic and Policy Research. He is also a former co-editor of the Review of Financial Studies.

Veronesi conducts research that focuses on asset pricing, stock and bond valuation under uncertainty, bubbles and crashes, return predictability and stochastic volatility. Most recently, he has been interested in studying, both theoretically and empirically, the interaction between government interventions and the behavior of asset prices. His work has appeared in numerous publications, including the Journal of Political Economy, American Economic Review, Quarterly Journal of Economics, Journal of Finance, Journal of Financial Economics, and Review of Financial Studies. He is the recipient of several awards, including the 2015 AQR Insight award, the 2012 and 2003 Smith Breeden prizes from the ournal of Finance; the 2008 WFA award; the 2006 Barclays Global Investors Prize from the EFA; the 2006 Fama/DFA prizes from the Journal of Financial Economics; and the 1999 Barclays Global Investors/Michael Brennan First Prize from the Review of Financial Studies.

Professor Veronesi teaches both masters- and PhD-level courses. He is the recipient of the 2009 McKinsey Award for Excellence in Teaching.

Cammy Crolic
Dr. Cammy Crolic is an Associate Professor of Marketing. Her research focus is in the domain of consumer behavior. Her research explores factors affecting and the processes underlying the consumption experience. Her research on experiential consumption explores how learning and memory increase th...
Sue Heath
Biography Sue Heath is a Professor of Sociology and a co-director of theMorgan Centre for Research into Everyday Lives. She joined the University of Manchester in September 2010, having previously worked at the University of Southampton since 1998, where she was co-director of two ESRC Research C...
Lisa Weaver
Teaching in 2018-2019Accounting and Finance IB9FT0: Auditing and Assurance MSc Business IB98U0: Corporate Governance Undergraduate IB3F00: Auditing, Governance and Accountability IB2330: Financial Reporting 1 IB2340: Financial Reporting 2 Accounting and Finance IB9FT0: Auditing and As...