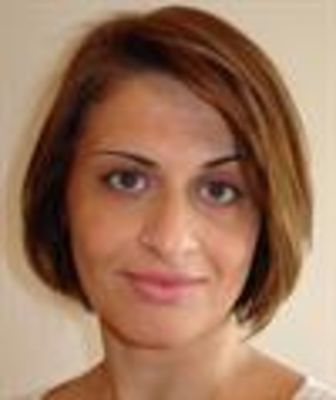 LinkedInWebsite
Schools
The London School of Economics and Political Science

Dr Myria Georgiou''s research focuses on transnational communication and cosmopolitan identities. Her current research has three distinct, though interconnected, strands. The first strand focuses on media consumption and its role in identity construction, especially among diasporic and migrant audiences. The second strand explores notions and experiences of citizenship as these relate to mediated communication in and across culturally diverse societies and their policy implications. The third strand focuses on the cosmopolitan city as a distinct cultural and political location of juxtapositions of difference that involve people, technologies and media cultures.

These strands are explored in a series of recent and current research project, that include a cross-European project on Arab audiences and citizenship (FP7); a study of the British press representation of minorities (EU Fundamental Rights Agency); and a study of transnational mediated gendered networks (WUN; University of Leeds). She is currently writing a book titled Media and the City (forthcoming, Polity Press).

Jan Svejnar
Research Jan Svejnar is the Everett E. Berg Professor of Business Administration, Director of the International Policy Center, Professor of Public Policy and Professor of Economics at the University of Michigan. His areas of interest are economic development and transition, labor economics, an...
Nancy Sauer
Nancy Sauer teaches Business-Government Relations at the Jones School and has also lectured at Texas A &amp; M University and the University of Texas on government relations, environmental policy and business ethics issues. She operates a government relations consulting practice that provides: po...
Ardi Kolah
Ardi is Executive Fellow and Director of the GDPR Transition Programme at Henley Business School and the founder of GO DPO®, which is the strategic partner for many multi-national clients in the area of GDPR compliance. He started his career at the BBC before working for Andersen Consulting as a...