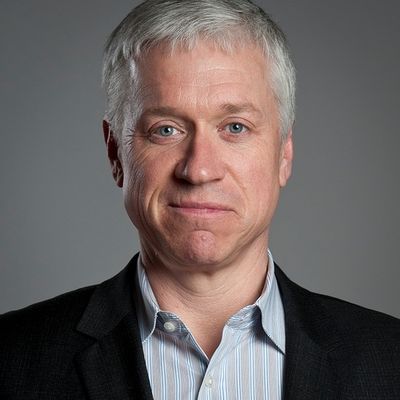 Michael D. Watkins is Professor of Leadership and Organizational Change at IMD. He has spent the last two decades working with leaders – both corporate and public -- as they transition to new roles, transform their organizations, and craft their legacies.

Dr. Watkins is author of the international bestseller The First 90 Days, Updated and Expanded: Proven Strategies for Getting Up to Speed Faster and Smarter, which The Economist recognized as "the on-boarding bible." With more than 750,000 copies sold in English, and translations in 24 languages, The First 90 Days has become the classic reference for leaders in transition and a standard resource of leading change. In 2011, it was named one of the best 100 business books of all time.

Prior to joining IMD, Dr. Watkins was an adjunct professor at INSEAD, and an associate professor at the Harvard Business School and the Kennedy School of Government at Harvard. While on the faculty of these institutions, he designed and taught world-class programs for high-potential leader development, corporate diplomacy, and strategic negotiation.

Dr. Watkins is the author or co-author of eleven books and numerous articles on leadership and negotiation. In the field of leadership these include Your Next Move: The Leader's Guide to Managing Critical Career Transitions (HBS Press 2009), Shaping the Game: The New Leader's Guide to Effective Negotiating (HBS Press 2006) and Predictable Surprises: The Disasters You Should Have Seen Coming and How to Avoid Them (HBS Press 2004). Predictable Surprises was named one of the best business books of 2004 by Strategy + Business and won the 2006 annual Kulp-Wright Award from The American Risk and Insurance Association. He also is the author or co-author of eight Harvard Business Review articles, including "It's All About Day One" (2013), "How Managers Become Leaders" (2012), "Picking the Right Transition Strategy" (2009), "The Leadership Team: Complementary Strengths or Conflicting Agendas" (2007) and "The Successor's Dilemma" (2000).

In addition, Dr. Watkins has written extensively on business-government relations, international security and negotiation, most recently co-authoring Case Studies in U.S. Trade Negotiation, Volumes 1 and 2 and Winning the Influence Game: What Every Business Leaders Should Know About Government. His books on negotiation - Breakthrough International Negotiation: How Great Negotiators Transformed the World's Toughest Post-Cold War Conflicts and Breakthrough Business Negotiation: A Toolbox for Managers, won the CPR Institute's prize for best books in the field of negotiation in 2001 and 2003.

Dr. Watkins is the co-founder of Genesis Advisers, a transition acceleration consultancy.

Originally from Canada, Dr. Watkins received his undergraduate degree in Electrical Engineering from the University of Waterloo, did graduate work in law and business at the University of Western Ontario, and completed his Ph.D. in Decision Sciences at Harvard University.

Georges Rochas
Biography Georges Rochas teaches strategy in various HEC Executive Education programs. He is also the Academic Director of the Major "Aerospace and Aviation Management" of HEC Executive MBA. This Major is also offered as an Advanced Certificate which he helped create. Georges Rochas started his ...
Phillip Kim
Academic Division: EntrepreneurshipPhillip H. Kim is an internationally recognized expert on entrepreneurship. He studies, teaches, and advises on different aspects of how entrepreneurial ideas become reality. Specifically, his research interests include start-up processes and founding teams, ins...
Jennifer Riley Simone
Helping my clients achieve their goals is my life’s work. Their vision becomes mine, and together we develop a strategic plan to get them where they want to go. Coming from a richly varied industry background allows me to offer my clients a well-rounded perspective. I work with few assumptions ou...