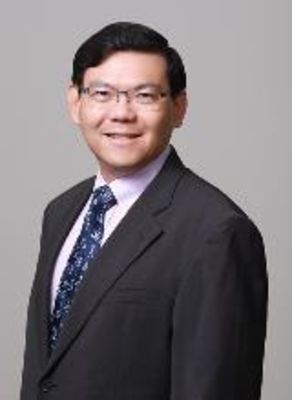 Mun Kew is appointed as Director, Graduate Programmes of ISS. Prior to joining ISS, Mun Kew held multiple positions with the National Library Board, Singapore, as CTO, Deputy CIO & Director CIO Office, and Director, Digital & Knowledge Infrastructure Division. As Deputy CIO, he was responsible for governance and architecture and started ongoing efforts in master data management, enterprise architecture and corporate governance of IT. In particular, he designed a federated approach to EA that allows a gradual easing of operations oriented organizations into a business driven architecture, and started the Government EA Forum to promote practitioner sharing of EA pains and successes.

Before NLB, Mun Kew was Principal Scientist and Programme Director for Services Research at the A*STAR Institute for Infocomm Research. In his 20-year research career, his personal research was in information retrieval, digital libraries, distributed multilingual search systems and media semantics, and he also looked after research groups in NLP, security, ontology, data mining and analytics. From 1999 to 2001, Mun Kew was VP and CTO of an IT startup delivering custom distributed deep search technologies and services. He has published and patented in these areas and is an invited speaker in many talks, most recently on cloud computing in government.

Mun Kew received his PhD from Stanford University. He has more than 25 years of R&D and commercial experience in IT. He was Chair and Editor of the ISO/JTC1/WG2/24800 JPSearch international standard, editor or past editor of the Journal of Information Retrieval, Information Processing and Management Journal, member of the advisory board for the School of IIT at Temasek Polytechnic, the IRAL and AIRS symposium series, and formerly Adjunct Assoc. Prof at the National Institute of Education.

Kristin Hansen
Bio Kristin Hansen, Lecturer in Communications, has also previously served as a course instructor in the Stanford School of Engineering’s Technical Communications Program and as a communications coach for the GSB’s 1st-year MBAs and LOWkeynotes program participants.  A longtime marketing and com...
Bryce Goodman
Bryce is an experienced start-up founder/executive and internationally recognized expert on ethics, innovation and entrepreneurship. He currently serves as Entrepreneur in Residence at theDepartment of Defense’s Innovation Unit experimental, where he oversees projects leveraging AI, machine learn...
Pandraud Raphaelle
Biography Raphaëlle Lambert-Pandraud has been an Professor of Marketing at the ESCP Europe Paris campus, since 2005. Following business studies at Ecole Supérieure de Commerce de Paris (now ESCP Europe), she worked as a senior product manager at L’Oréal in the UK, where she test marketed and laun...