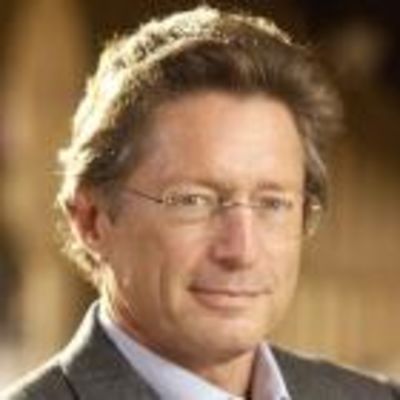 John Etchemendy received his bachelor's and master's degrees at the University of Nevada, Reno before earning his PhD in philosophy at Stanford in 1982.

He has been a faculty member in Stanford's Department of Philosophy since 1983, prior to which he was a faculty member in the Philosophy Department at Princeton University. He is also a faculty member of Stanford's Symbolic Systems Program and a senior researcher at the Center for the Study of Language and Information at Stanford. Etchemendy's research interests include logic, semantics and the philosophy of language. He has challenged orthodox views on the central notions of truth, logical consequence and logical truth. His most well-known book, The Concept of Logical Consequence (1990, 1999), criticizes Alfred Tarski's widely accepted analysis of logical consequence. The Liar: An essay on truth and circularity (1987, 1992), co-authored with the late Jon Barwise, develops a formal account of the liar paradox modelled using a version of set theory incorporating the so-called Anti-Foundation Axiom.

He is a member of the American Philosophical Association, on the editorial boards of Synthese and Philosophia Mathematica, and a former editor of the Journal of Symbolic Logic

Etchemendy's recent work has focused on the role of diagrams and other nonlinguistic forms of representation in reasoning. His latest book, written with Jon Barwise and Dave Barker-Plummer, is Language, Proof and Logic (2000, 2006), a popular introductory logic textbook. He has also developed numerous pieces of instructional software, including Turing's World, Tarski's World, Fitch, and Hyperproof, software that allows computers to support the reasoning process.

Witold Henisz
Witold J. Henisz is the Deloitte &amp; Touche Professor of Management in Honor of Russell E. Palmer, former Managing Director at The Wharton School, The University of Pennsylvania. He received his Ph.D. in Business and Public Policy from the Haas School of Business at University of California, Be...
John O'Neill
Biography Before coming to Manchester John ONeill was professor of philosophy at Lancaster University. He has also held posts at the University of Sussex and the University of Wales. He is currently director of the Political Economy Institute. He is director of the MA in Political Economy. He is ...
Anne Michaut
Biography Anne Michaut received a Ph.D. in Social Sciences from Wageningen University, where she also received a M.Sc. degree in Marketing and Consumer Behavior. She also holds an agronomics engineering degree. Prior to joining HEC Paris, she worked on innovation process methods and new product a...