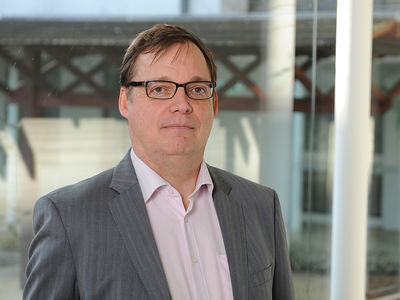 John Board has been Dean of the Henley Business School since October 2010. Before that he was Director of the ICMA Centre at the University of Reading which he joined after being on the faculty at the London School of Economics.

His recent research has focused on the organisation and regulation of financial markets. Some of this work has been based on large scale analyses of trading data, while other parts have considered more general issues of the effects of market fragmentation as well as the various scandals and crises in financial markets. As a result of this work, he has been widely published in books, academic and professional journals, as well as radio and television. He has acted as consultant to many UK and overseas markets, regulatory organisations and trade bodies. These include the House of Commons, the Financial Services Authority, the City of London Corporation and the European Commission. He also has an interest in the development of Islamic Finance on which he has recently acted as consultant on a major project on Islamic market developments around the world.

A video interview with the FT: Two paths to risk reduction on curriculum - 30 December 2013

University-based: John delivered core courses in Finance at all of the universities at which he has worked. These have been at all levels from first year undergraduate to specialised MSc audiences. Many of these courses were to large audiences of between 150 and 400 students. MBA: He has also taught MBA courses in finance and related areas at business schools in UK, France, India, Argentina and Japan. Professional: He has delivered short professionally oriented courses for firms, government departments and regulatory bodies in some 20 countries in most regions of the world including China, India, Russia, the GCC and Africa. He has also successfully supervised some 30 PhD students and acted as examiner for many more. His teaching work has taken place in some 20 countries including: UK, China, India, France, Japan, Korea, Saudi Arabia, Egypt, Spain, Argentina, Serbia, Montenegro, Russia, Thailand, Qatar, Sharjah, Abu Dhabi, Egypt, Libya, Kenya, South Africa, and others.

John has published over 75 research papers, both academic and research reports. He has completed over 30 pieces of funded, commissioned, and sponsored research. He has been on the editorial board of eight academic journals.

His research techniques include both large-scale analyses of trading data and interview-based methods.

Among his more recent publications are:

How to prepare a new generation of financiers (with Brian Scott-Quinn) Financial Times February, 2009

The Impact of the Credit Crunch on the Sterling Corporate Bond Market, March 2009, Investment Management Association (with Stephen Wells and Charles Sutcliffe)

Is banking really a profession, (with Brian Scott-Quinn) Chartered Banker Magazine April - May 2009

Nudging the bankers – does the Walker Review nudge enough in the area of induction, training and development, (with Brian Scott-Quinn) World Commerce Review, Sept 2009

The Competitive Position of the Gulf as a Global Financial Centre, March 2008, 56 pages, Corporation of London (with Stephen Wells)

Review of the evidence and issues relating to the performance of the SETSmm system and the impact of extending SETSmm, February 2005, 20pages, London Stock Exchange (with Stephen Wells)

Joined—Up Pensions Policy in the UK: An Asset—Liability Model for Simultaneously Determining the Asset Allocation and Contribution Rate. In Handbook of Asset and Liability Management, edited by Stavros A. Zenios and William T. Ziemba, North Holland Handbooks in Finance, Elsevier Science B.V., Volume 2, (2006) (with Charles Sutcliffe).

The Economic Consequences of Derivatives, in Modern Financial Techniques and the Law (ed) A Hudson Kluwer Press (2001) Chapter 6 pp 155–166

Best Execution in the UK: A Preliminary Comparison of the London Stock Exchange and Tradepoint Journal of Asset Management (2001) Vol 1 No 4 pp 344–365 [with S Wells]

As well as the activities noted under Academic and Programme Delivery, John has made presentations at a large number of conferences including:

He has also taught programmes on Finance, Financial Markets and Regulation for a number of organisations including IBM, Finra, Institute of Bankers, Foreign & Commonwealth Office

Waleed Muhanna
Background Professor Muhanna’s current research focuses on information technology strategy, business analytics, assessing the business value of information technology, and understanding the impact of information technology, including the Internet, on organizations and markets. His other research ...
Nicholas Haan
Nicholas Haan has worked at the intersection of science, technology, social challenges, and innovation for the last 25 years. His issues of focus have included disaster relief, food security, environment, energy, public health, education, genetics, and information systems. And his affiliations ha...
Paul Gift
Dr. Gift earned a PhD in economics from UCLA, where he specialized in econometrics, industrial organization, and law and economics. His research interests are in the areas of sports economics (focus on MMA and the NBA), behavioral economics, antitrust, and financial markets. Dr. Gift has served ...