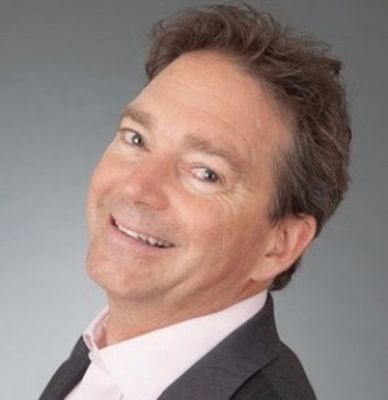 Nicholas Haan has worked at the intersection of science, technology, social challenges, and innovation for the last 25 years. His issues of focus have included disaster relief, food security, environment, energy, public health, education, genetics, and information systems. And his affiliations have included the United Nations, governments, universities, donor agencies and non-governmental organizations.

Nick is currently the Vice President of Impact and Faculty Chair of Global Grand Challenges. His introduction to global perspectives began as a science teacher in a remote Kenyan village with the Peace Corps. This experience led to more than 20 years of living and working internationally, mainly in East and Southern Africa (including living four years in villages without running water or electricity, which gives him a unique perspective on social challenges).

Prior to joining Singularity University, Nick served as Senior Economist/Global Program Manager with the United Nations Food and Agricultural Organization where he oversaw a food security project operating in over 30 countries. He is the creator of an international standard for classifying the severity of food insecurity and disasters called the Integrated Food Security Phase Classification (IPC).

Nick is also involved with several Startups, including as strategic advisor to a mobile app company called eMobilis. He has a keen interest in the crowdsourcing movement and is on the regional board of directors for crowdfunder.com. He has been a visiting professor at University of Dar es Salaam, Tanzania; and was awarded a NASA Research Fellowship.

Originally from California, Nick has a PhD in Geography, a Master in International Development, a Master in Geographic Information Systems & Remote Sensing from Clark University, and a Bachelor in Genetics from U.C. Berkeley. He is an avid sea kayaker and explorer, most recently completing an 500 km expedition across Lake Victoria by kayak.

Rebecca Yurman
Degrees BA, Philosophy, Agnes Scott College MA, Sociology, University of Virginia PhD, Public Administration, American University Bio Rebecca Yurman is a Professorial Lecturer in the Department of Public Administration and Policy. Her research interests include regulatory policy, contract mana...
Alexander Colvin
Overview Alexander Colvin is Associate Dean for Academic Affairs, Diversity, and Faculty Development and the Martin F. Scheinman Professor of Conflict Resolution at the ILR School, Cornell University. He is an associate member of the Cornell Law Faculty. His research and teaching focuses on emplo...
Luc Wathieu
Luc Wathieu is Professor of Marketing at Georgetown University McDonough School of Business, where he was Deputy Dean from 2013 to 2017. Prior to joining Georgetown in 2010, he served as Associate Dean of Faculty and the Ferrero Chair in International Marketing at the European School of Managemen...