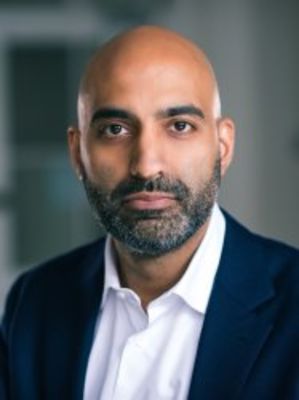 An Introduction to the Institute for Security Science & Technology (ISST)

Deeph has extensive experience of working on world leading STEM in academia, industry and government. He is Professor of Practice within Imperial's Business School, Deputy Director of the Institute for Security Science Technology and is co-founder of the UK-Goverment funded Research Institute in Trustworthy Industrial Control Systems and Imperial's FinTech Network of Excellence.

He is the founder of a STEM consultancy specialising in enterprise technology and critical-infrastructure applications and has been involved in numerous successful commercial technology projects in the private sector. Deeph has worked on a broad range of applied and theoretical research topics including, inverse problems, image processing, optical data storage, antenna design, diabetic retinopathy, computational modelling of space debris, explosives detection, crowd analysis and machine learning for cyber-security.

He has established national and international research calls in science and technology and has acted as a board member and bid reviewer for programmes in the Home Office, the US Department of Homeland Security and the EU’s Framework Programme for Research.

Thomas Mussweiler
Thomas Mussweiler is a professor of Organisational Behaviour at London Business School. He is an expert on the psychological foundations of organizational behaviour. More specifically, his interests include trust and cooperation, judgment and decision making, negotiation and influence, the self, ...
Qiqi Jiang
Presentation Qiqi Jiang is an Assistant Professor in the Department of Digitalization, Copenhagen Business School. He obtained his PhD degree from Department of Information Systems, City University of Hong Kong (2014), and a Master’s degree from ETH Zurich (2010). Prior to joining CBS, he worked...
James Clemens
James Clemens is an accomplished leadership coach and project consultant specializing in organisational culture change. He has over a decade of professional experience in executive leadership development and organisational effectiveness. Prior to becoming a management consultant, James was a mana...