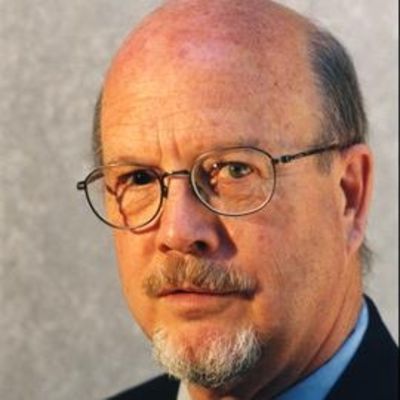 How can one develop both individual competencies and the appropriate social setting to permit more effective interpersonal interaction and learning.

Dr. Bradford's interests are in the areas of leadership, interpersonal influence, and executive teams. In all of these, he has focused on the question, "What does it take to achieve high performance?" The results have suggested that, especially in knowledge-based organizations, excellence is most likely when leaders build strong teams where the members' role is significantly expanded so that they share responsibility for the management of the unit (including making the core decisions jointly and holding each other accountable for performance). His recent work on influence has led to exploring the conditions for a "feedback rich organization" where team members, through a structured process, give each other face-to-face feedback to improve individual and team performance.

David Bradford is the Eugene O’Kelly II Senior Lecturer Emeritus in Leadership. He received his PhD in social psychology from the University of Michigan and taught at the University of Wisconsin-Madison before coming to Stanford in 1969.

His research interests have led to six  books, numerous articles, three training programs and a MOOC on leadership, team performance, and the influence process. He also has consulted and conducted executive programs to a variety of organizations in the for-profit and not-for-profit sector, including Hewlett-Packard, IBM, Cisco Systems, Levi Strauss & Co., Roche Pharmaceutical, Raychem, and the Whitney Museum of American Art.

In addition, Dr. Bradford has been involved with educational innovation at the college level. He was the founder of The Organizational Behavior Teaching Society and the first editor of their journal. He received the Exemplar of Excellence in Education award from The University of Phoenix. Dr. Bradford is on the editorial board of The Journal of Applied Behavioral Science, The Journal of Management Education, and The Academy of Management Learning and Education.

This course asks the question: "What does it take to build high-performance?" The focus is on middle and upper-middle management in contemporary organizations that have complex tasks, exist in a rapidly changing environment, and have highly...

writtenDavid L. Bradford: How Do You Manage Up in the Workplace?

The co-author of Influencing Up describes how to build a more productive relationship with the boss.

Alexander Shermansong
Alexander Shermansong is an Adjunct Assistant Professor of Public Service of NYU''s Robert F. Wagner Graduate School of Public Service.  He is also the CEO of Civic Consulting USA where he enables mayors to collaborate pro bono with companies and get results with lasting impact.  The White House ...
Adam Sutherland
Overview Adam is a practicing paediatric pharmacist at Royal Manchester Children's Hospital where he specialises in Metabolic Medicine and Intensive Care.  He works part time with Manchester Pharmacy School to facilitate and develop research projects in the field of paediatric pharmacy practice. ...
Les Mayhew
Les Mayhew is part-time Professor of Statistics at Cass Business School. He is Honorary Fellow of the Institute for Actuaries and a member of the Royal Economic Society. He is a former senior civil servant and graduate of the government’s Top Management Programme. He is a member of the Office for...