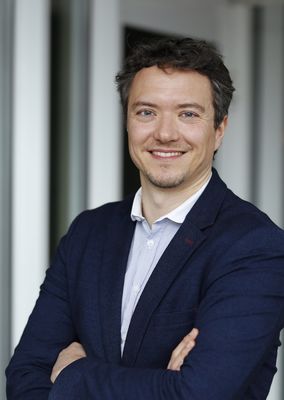 Christopher is the founder of Infinity Institute and Managing Director of Infinity Advisory GmbH. He is a communication & change consultant as well as speaker & business coach. After studies in Germany, Italy, Sweden & Canada and having obtained a Master's Degree in Business Administration and Economics from WHU Otto Beisheim Graduate School of Management, he worked in communication roles for several organizations and startups in Berlin and later co-founded an interior design tech startup himself. Following a calling to help people & organizations unleash their potential he trained to become a personal & business coach. He has been training and coaching executives and employees of large companies for many years now, for everything from leadership & personal development issues to improving peoples' communication and presentation skills, especially "TED-style" public speaking and storytelling.

Christopher's passion lies in helping people to unlock their potential - which means for example enabling people with ideas to communicate them "effectively" (= "so that they have an effect in the world") - e.g. to convince partners, prospects, investors and the public of supporting that person with his or her idea, project or venture. Christopher believes with Bill Gurley that great storytellers have an unfair competitive advantage and that the capacity to motivate and to inspire are directly relevant to an innovator's success and to the bottom-line of an organization. Your story is the strategy, and your strategy is a story. This is why he likes to support leaders with strategic storytelling as well as with their change story development in order to change organizational culture & mindset - next to individual C-level support for keynotes and high-stakes presentations. Christopher enjoys nothing more than seeing the progress a person makes during the coaching process - the "shiny eyes" that are created when good coaching catalyzes an individual's or team's development.

Christopher teaches regularly at LEAD Academy in Berlin, at ESCP Europe's Executive Masters Program EMDIEL as well as at the U School (Unternehmerschule) program and at Haniel Academy Duisburg.

As part of his civic engagement he developed and held workshops in support of democracy and the open society - such as how to deal with populists from a communication’s point of view ("effective narrative strategies against populists"). Partners for these projects are for example LEAD Academy, ASA-FF & Unentdeckte Nachbarn, the Amadeu Antonio Foundation and the Leibniz Association. Recently he was invited to give a TEDx Talk ("Talk like Trump (not)” ) on this topic - which you can find here.

Margaret De Lattre
Margaret de Lattre is a Business Development Adjunct at Ashridge. Her main interest is in the dynamic of organisation culture, corporate branding and leadership behaviour to drive strategy and organisation performance. She tutors sessions on change management and leadership, organisation culture ...
Stephen Magee
Biography Magee, Stephen P. James L. Bayless/Enstar Corporation Chair in Business Administration, Department of Finance Stephen Magee received his B.A. and M.A. from Texas Tech University and his Ph.D. from the Massachusetts Institute of Technology. His research interests include the optimal numb...
Natasha Bonnevalle
Partner at THNK School of Creative Leadership My experience and deep interests: Education (Adults) Entrepreneurship Psychology &amp; Mental Health Strategy I am based in: Amsterdam I have always been interested in what it means to be a human being. I studied Molecular Biology to get to...