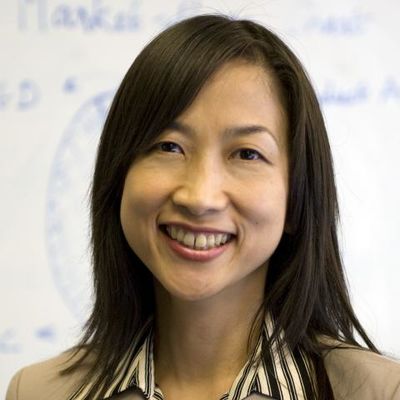 Research Expertise: Economics of financial intermediation, particularly investment banking, commercial banking and venture capital/private equity and corporate finance Associate Professor Ayako Yasuda wants to shed light on the economic roles played by financial intermediaries such as banks, venture capital/private equity funds, and institutional investors that influence a firm’s access to capital. She also wants to examine how incentives given through compensation contracts and reputation impact the actions of specific agents within these institutions. Her investigations focus on three related areas. The first explores the interplay of firms, investors and other players in the $10 trillion plus corporate credit market. Yasuda’s recent research found that U.S. firms whose bonds are held primarily by less stable, short-term-oriented investors, such as mutual funds, rely less on bond financing and have less leverage than those whose bonds are bought by more stable investors, such as insurance companies. Her earlier research has also shown that past lending relationships have significant positive effects on the firm’s likelihood of choosing lending banks as underwriters of its new corporate bond issues. Yasuda’s second research area examines the organizational economics of private equity and venture capital industry using a proprietary dataset of fund-level contracts. Yasuda has found that about two-thirds of expected revenue of private equity funds comes from fixed-revenue components that are not sensitive to performance. The buyout business is more scalable than the venture capital business model, and past success has a differential impact on the terms of their future funds. Yasuda’s third research area shows that a sell-side analyst’s personal reputation, as measured by Institutional Investor’s All-America awards, is an effective disciplinary device against conflicts of interest, while the reputation of the employer bank alone is not. Yasuda is co-author (with Andrew Metrick) of Capital and the Finance of Innovation (Wiley, 2010). She was a financial analyst at Goldman Sachs & Co. from 1993 to 1995. Her research has been published in the Journal of Finance, the Journal of Financial Economics and the Review of Financial Studies. Yasuda has presented her findings extensively at academic and professional meetings throughout the U.S. and internationally. She has received numerous research grants, including a NYSE Research Fellowship grant for 2008–09 through the Rodney L. White Center for Financial Research. She came to the Graduate School of Management from The Wharton School at the University of Pennsylvania, where she was an assistant professor of finance from 2001-09. Yasuda earned her Ph.D. in economics from Stanford University, from which she also graduated Phi Beta Kappa with a B.A. in quantitative economics.