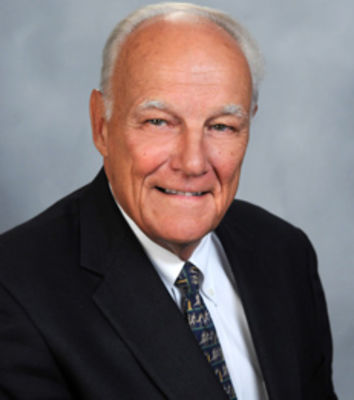 William D. Guth joined New York University Stern School of Business in 1972 and served as Chairman of Stern's Management Department from 1978 to 1989 and Director of the Center for Entrepreneurial Studies and the Harold Price Professor of Entrepreneurship and Strategy from 1989-1994. Currently, he is Professor Emeritus of Management and Strategy, and Coordinator of the International Study Program.

Professor Guth regularly publishes his research in the fields of strategic management and entrepreneurship in such journals as Strategic Management Journal, Journal of Business Venturing and Academy of Management Review. He has served on the editorial boards of the Strategic Management Journal, Long Range Planning and the Journal of General Management. Professor Guth was co-author of the groundbreaking strategy book, Business Policy: Text and Cases (First, Second, and Third Editions, Richard D. Irwin, 1965, 1968, 1971) and founding editor, Handbook of Business Strategy (Warren, Gorham & Lamont, 1985), along with its annual updates in 1986, 87, 88 and 89. His most recent refereed journal article, "Developing New Avenues for Growth: Challenges Presented by Five Trends in the Global Environment," was published in September, 2009, in a special issue of the Journal of International Management.

Professor Guth is active in executive development program teaching and in strategic management consulting with senior managers of business firms. He has been a faculty member of executive development programs at New York University, Harvard, Northwestern, Dartmouth, Columbia and Duke, in addition to advanced management programs in more than fifteen foreign countries. He has been a consultant to many American and foreign firms, including AT&T, General Electric, IBM, General Foods, Securities Pacific, E.F. Hutton, Merrill Lynch, ICI Ltd., Unilever and Union Carbide. He was a Principal of The MAC Group, Inc., a general management consulting firm with more than 15 offices in the U.S. and abroad, from its founding in 1966 until its acquisition in 1991 by Gemini Consulting.

Professor Guth earned his B.S. from Washington University, his M.B.A. from Indiana University and his D.B.A. from the Harvard Business School.

Beatriz Soler
Beatriz Soler Bigas holds a degree and PhD in Psychology (UB) and a diploma in Marketing Management (EADA). She has taken postgraduate programmes in Business Management at IMD (Switzerland), Marketing Management at INSEAD (France), Industrial Marketing Management at the Kellogg School of Manageme...
Ralph Katz
Ralph Katz is a Senior Lecturer in Technological Innovation, Entrepreneurship, and Strategic Management at the MIT Sloan School of Management. Katz is also a professor of innovation and entrepreneurship management at Northeastern University’s College of Business. For more than 35 years, he has ...
Shelby Chodos
Shelby M. Chodos is Adjunct Lecturer in Public Policy and has taught public finance at the Kennedy School for nearly a decade. His former students have gone on to successful careers in finance with state and local governments across the nation, as well as with private sector companies, including ...