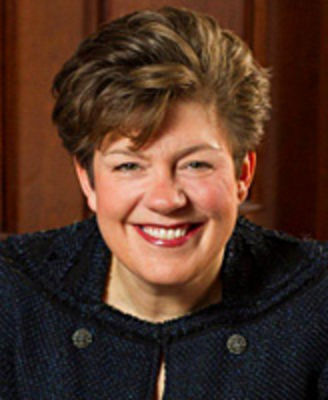 Dr. Victoria Medvec is the Adeline Barry Davee Professor of Management and Organizations at the Kellogg School of Management at Northwestern University.  In addition, Dr. Medvec is a co-founder and the Executive Director of the Center for Executive Women at the Kellogg School and the CEO of Medvec and Associates, a consulting firm focused on high stakes negotiations and strategic decisions.

Dr. Medvec speaks across the country on topics relating to women in leadership, corporate governance, and board decision making.  As a co-founder and the Executive Director for the Center for Executive Women at Kellogg, she is focused on moving more women into senior leadership roles and onto the Boards of Directors of Fortune 1000 companies.

Dr. Medvec's research is published in top academic journals such as Psychological Review and  the Journal of Personality and Social Psychology.  In addition, her research has been highlighted in numerous popular media outlets including the Wall Street Journal, the New York Times, the Washington Post, and the Today Show.

Dr. Medvec has served on both public and private company Boards.  She also is a Ringleader in Ringleader Ventures, a unique venture fund matching start up technologies with corporate needs.

Honors and Awards Outstanding Professor of the Year Finalist