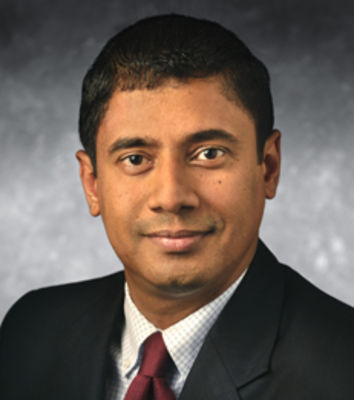 Professor Venkateswaran's research focuses on the role of information in macroeconomics. He is the recipient of several fellowships and awards, including the Departmental Excellence Award at the University of California Los Angeles in 2007-08 and 2008-09.

Prior to joining NYU Stern, Professor Venkateswaran worked as an Assistant Professor of Economics at Pennsylvania State University, and earlier as vice president of fixed income research at Lehman Brothers.

Professor Venkateswaran received a Bachelor of Commerce from the Mahatma Gandhi University in India, an M.B.A. from the Indian Institute of Management, Ahmedabad, and a Ph.D. in Economics from the University of California Los Angeles.

Brian Sternthal
Brian Sternthal holds the Kraft Professorship in Marketing Professor Sternthal has published widely in marketing journals. His work focuses on understanding how people process the information presented in persuasive messages, and the consequences of this processing for brand judgments. He applie...
Christian Kastrop
Christian Kastrop is a Senior Fellow at the Hertie School of Governance. He is Director of the Policy Studies Branch of the Economics Department of The Organisation for Economic Co-operation and Development (OECD). The branch is responsible for structural reforms, macroeconomic and public economi...
Sara Jespersen
Presentation My research is on the emerging relationship between responsible business conduct and corporate tax planning of multinational enterprises. In a complex governance context there are now signs of corporations’ self-regulation and the emergence of voluntary standards. I am interested in...