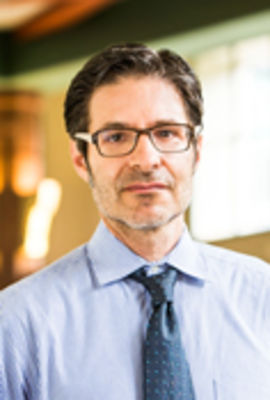 Toby E. Stuart is the Helzel Chair in Entrepreneurship, Strategy and Innovation; Faculty Director of the Lester Center for Entrepreneurship; Dean, External Affairs; and Chair of the Department of Management and Organizations at the Haas School of Business, UC Berkeley. Previously, he has been: The Charles Edward Wilson Professor at Harvard Business School; Samberg Professor and Faculty Director of the Entrepreneurship Center at Columbia Business School; and the Steingraber-A.T. Kearney Professor of Leadership & Strategy at University of Chicago’s Booth School of Business. He received his Ph.D. from the Graduate School of Business, Stanford University. He holds an A.B., summa cum laude, in economics from Carleton College.

At Harvard Business School and Columbia Business Schools, he was course head for Entrepreneurship and Strategy Formulation, respectively. He has taught MBA and executive courses in corporate strategy, M&A, innovation and technology strategy, leadership, venture capital and private equity, and entrepreneurship. He launched the Executive Program in Corporate Strategy at the University of Chicago’s Booth School of Business; the Program on Competitive Strategy and Innovation at Haas; and he has co-directed Harvard Business School’s Creating Corporate-Level Advantage Strategy Program for senior executives. He has served as a consultant or executive educator to many companies around the world.

Currently, Stuart is a member of the board of directors (audit committee) at HNTB Holdings. He is cofounder of AuptiX, a VC-backed startup in freight logistics. He has advised many new ventures, including OvaScience (Ticker: OVAS), rbidr, Execonline, Kyruus, and GoEuro. He has served on boards or advisory boards of several non-profits, including Planned Parenthood, ShanghaiTech School of Entrepreneurship and Management, PhilDev and Skydeck.

Much of Professor Stuart’s research has examined social networks, particularly their role in entrepreneurship, innovation, and strategy. In current projects, he is investigating email networks, organizational structure and employment outcomes in a variety of companies; matching in online networks; entrepreneurship in technology; and the collaboration network in the academic life sciences. He currently serves as a Department Editor at Management Science, an editorial board member at the Strategic Management Journal, among other editorial roles.

Daria Dzyabura
Biography Daria Dzyabura joined New York University Stern School of Business as an Assistant Professor of Marketing in July 2012. Professor Dzyabura's research focuses on methods for analyzing complex decision-making rules and developing efficient forecasting methods for multi-faceted buying sit...
Donna Morrison
Donna Ruane Morrison, is an Associate Professor at the McCourt School Public Policy at Georgetown University. She is also a faculty affiliate of the Center for Research in Children in the U.S. (CROCUS), the Department of Psychology, and the Georgetown Law Center. Professor Morrison holds a Ph.D. ...
Christina Hachikian
Christina Hachikian is the executive director of the Rustandy Center for Social Sector Innovation at the University of Chicago Booth School of Business. She leads the center’s global work as the hub for people solving complex social and environmental problems. In particular, she is responsible fo...