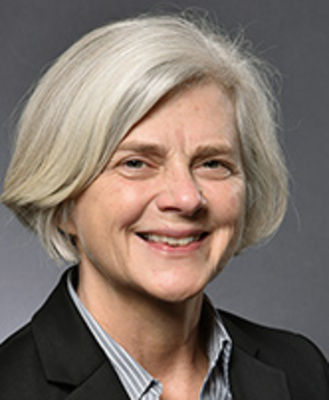 Therese J. McGuire is Professor of Strategy at the Kellogg School of Management at Northwestern University. McGuire's areas of expertise are state and local public finance, fiscal decentralization, property tax limitations, education finance, and regional economic development. She has written about and worked with various governments on state tax reform and on the impact of taxes on economic growth. In 1989 McGuire worked with a blue-ribbon commission and directed a study of revenues and expenditures for the State of Arizona. McGuire was President of the National Tax Association in 1999-2000, as well as the editor of the NTA's academic journal, the National Tax Journal from 2001 until 2009. Her publications have appeared in the National Tax Journal, the Journal of Regional Science, the Journal of Urban Economics, International Tax and Public Finance, and the Journal of Public Economics. McGuire has a B.A. with a dual major in Mathematics and Economics from the University of Nebraska-Lincoln and a Ph.D. in Economics from Princeton University.

Honors and Awards Alumni-Master Award, College of Arts and Sciences, University of Nebraska-Lincoln, 2010

It is difficult to justify tax incentives within the existing economics literature on tax competition. We develop a model in which communities are interested in attracting firms not only for their own capital but also for the "concentration externalities," a form of agglomeration economies, their location bestows on existing firms. We find that it is efficient in this case for communities to offer tax incentives, defined as a tax rate below the benefit tax level, to firms. We present the recent relocation of the Boeing Corporation's headquarters from Seattle to Chicago as a case study.

Ariel Stern
Ariel Dora Stern is an Assistant Professor of Business Administration in the Technology and Operations Management Unit at Harvard Business School.  She teaches the Technology and Operations Management course in the MBA required curriculum.  Ariel''s research focuses on the management of innova...
Carin Watson
Carin is responsible for the execution of Singularity University''s global product strategy. She oversees SU''s Learning and Innovation businesses, including Executive Programs, Custom Programs, the Innovation Partnership Program (IPP), Conferences and SU Labs. Prior to this role, Carin led the d...
Pascal Grolimund
Pascal Grolimund is an experienced litigator (litigation in private, public and criminal law matters). He is furthermore a well-known expert in the area of insurance law. Pascal Grolimund supports numerous undertakings in strategic questions and negotiates contracts in national and international ...