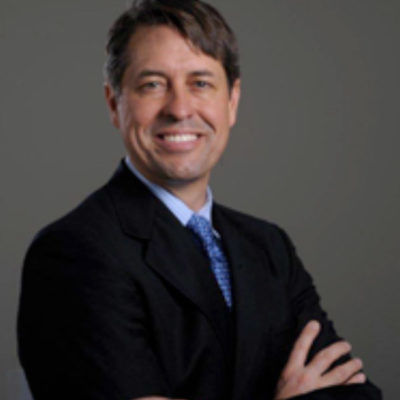 Dr. Steve Olson is a pioneer in teaching executives and managers how to innovate to create, deliver, and capture new forms of value for customers, employees, and owners. As Executive Director for the Center for Innovation Excellence at Kennesaw State University (KSU), he both trains executives and managers to innovate and directs innovation projects. He created and directs the Certified Professional Innovator Belt System, and has delivered innovation programs across the U.S. and internationally for such clients as Panasonic, AT&T, Prudential, Cox Enterprises, First Data, Regions Bank, the Atlanta Falcons, Piedmont Healthcare, AMB Group, BPI Group, The White House Council for Sustainable Development, and the U.S. Marine Corps. His work has been written about in USA Today, Newsweek, and Scientific American.

Before joining the Coles College of Business at KSU, Steve taught at Georgia State University’s Robinson College of Business (2007-2015), where he received the top teaching award seven times. He also co-founded and managed Generative Consulting, a leadership development firm, and managed the firm’s partnership with the Great Place to Work Institute and Fortune magazine’s “100 Best Companies to Work For” project. Several of Steve’s clients have appeared regularly on the Fortune list, including the #1 Best Place to Work in America in 2001.

Steve began his teaching career at Emory University’s Goizueta Business School (1992-1999), and held an appointment in the university’s School of Medicine, Department of Psychiatry (1994-1999). He has taught at University of Oxford, New York University’s Stern School of Business, the University of Tampa, and as Distinguished Visiting Professor at Wichita State University.

Steve earned a Master’s degree from Yale University (1988), and a Ph.D. from Emory University (2007), where his dissertation received the International Leadership Association’s “Best Dissertation Award.”

Ayelet Fishbach
Ayelet Fishbach studies social psychology, with specific emphasis on motivation and decision making. She has presented research all over the world, including at Carnegie Mellon University, Tel Aviv University, Stanford University, Yale University, and the Wharton School of the University of Penns...
Charles Merzbacher
Professor Merzbacher has taught film producing, directing, screenwriting and basic cinematography at the Film &amp; Television Workshops in Rockport, Maine, and has served as Executive Vice President of Altar Rock Films, Inc. He is a highly successful filmmaker whose films have been honored at th...
Jim Walshl
Jim Walsh, was most recently Vice President Claims at Auto-Owners Insurance. He has spent 44 years in the property casualty insurance business, all related to claim handling in some way. As a field investigator, he managed the Company's position on claims ranging from house fires, to fatal accide...