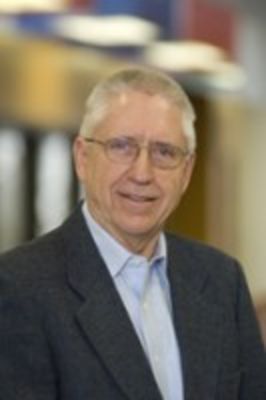 Sloane is currently examining how the mental models of leaders influence their personal and professional lives, and learning how to assist persons more consciously make informed decisions. Previously, his research activities focused on the action research process with persons, teams, organizations and communities in North America, Asia and Europe. These research activities examined how the action research approach enabled them to create a vision of a good quality of life for themselves, marshal the resources necessary to pursue this vision, and develop the attitudes and skills necessary to move toward their vision.

Sloane worked as a teacher/community developer in the U.S. Peace Corps in Nepal and then served as a regional director of the Peace Corps for all development activities in Eastern Nepal from 1964 to 1969. Then, he worked with the Center for Instructional Development at Syracuse University in Syracuse, New York, as a development and evaluation specialist helping faculties use new social and instructional technologies to transform traditional, large lecture classes into more individualized, self-paced, modules for large enrolment courses. He taught in the University of Kansas’ two-year MPA Program, which included a one-year on-the-job internship and prepared city managers for providing leadership to municipalities throughout the United States. Then, he taught at Ottawa University in Ottawa, Kansas, for five years where he created and directed a new undergraduate public administration program which uniquely blended the liberal arts, public administration and internship experiences. Sloane was involved in The University of Calgary’s international development activities in Nepal, Thailand, and in Bhutan from 1985 to 1995. He co-ordinated the action research process in Nepal which resulted in the Health Development Project, a seven-year $5 million CIDA funded project. During the project’s initial three years (1987-1990), he acted as Canadian team leader and advisor to the Nepali Project Director in Nepal. He continued to take an active advisory role in the Project through 1996, when CIDA refunded the project for another five years. He was one of the two faculty members who served on the Building Committee, responsible for creating the design of Scurfield Hall in the early 1980s. Since 1995, Sloane Dugan’s interests have shifted from international development in Asia to coaching and leadership development activities in Calgary and Europe. He has taught a leadership and change course in the Faculty’s Executive MBA Program and its EMBA Program in Iran. He has acted as a trainer and coach with programs offered by the International Institute for Management Development in Lausanne, Switzerland and in other countries in Europe.
Sloane is a member of the Board of the Hudson Institute, Santa Barbara, CA. Also, he is a Diploma candidate at the International School of Analytical Psychology in Zurich, Switzerland.

His more recent research and publications include: