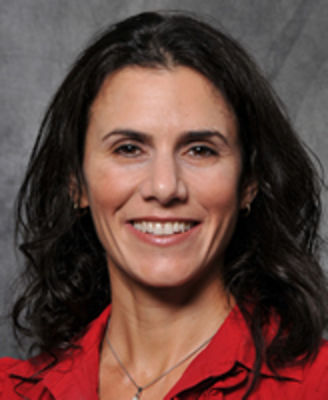 Sarit Markovich is a Clinical Associate professor in the Strategy Department. She holds a bachelor's degree in computer science and economics, and a Ph.D. in economics from Tel Aviv University. Sarit did her Post-Doctoral at the Economics Department, at the University of Chicago. In 2001, she joined the Recanati School of Business Administration for 3 years, after which she moved to the Kellogg School of Management, Northwestern University. Her current research interests focus on strategic interactions in two-sided markets, patents and licensing, enterprise-wide systems, and strategic pricing in IT and FinTech markets.

The Kenyan government’s announcement of a new 10 percent tax in March 2013 threatened the future prospects of M-Pesa, Safaricom’s mobile money transfer service, which had revolutionized the way money moved in Kenya. The new tax would be levied on all cash transfers but was largely targeted at M-Pesa, which controlled around 80 percent of the cash transfer market. In response to the new tax, Safaricom, the mobile communications market leader, announced a 10 percent price increase.

The case presents the structure Safaricom established in order to develop a mobile money transfer service in Kenya. As a concept, M-Pesa was unprecedented in Kenya: prospective customers had to get comfortable with the idea that a mobile communications company could provide a payment system, that transactions could be initiated through a mobile phone, and that nonbank outlets could provide cash-in/cash-out services. Even when the concept was accepted, however, customers needed a convenient network of agents to handle transactions, and stores needed to see demand from customers in order to be motivated to become agent outlets. Thus, in order to grow, M-Pesa needed to aggressively pursue and acquire both customers and agents in this two-sided market.

This case features the challenges of a startup in the crowdfunding space in 2015 as its leadership assesses potential sources of growth for the company’s future. Founded in Israel in 2012 by a renowned venture capitalist, OurCrowd was a venture capital crowdfunding platform that strove to connect high-growth startups raising capital with accredited private investors from around the world. Its value proposition was to democratize an inefficient market for private equity that had historically been dominated by a small number of highly connected venture capital firms (VCs). The case asks students to put themselves in the shoes of OurCrowd’s head of investor community as he prepares for a meeting with the company’s board of directors to discuss potential strategies for growth: Should the company partner with the incumbent VCs it initially sought to disrupt, emphasize marketing its Portfolio Reserve fund, strive to provide its investors and investees with higher value-added services, target a broader swath of investors by aggressively marketing the platform in international markets, or attempt to go up-market and pursue increasingly larger deals with later-stage companies? Through assessing these options and discussing this case, students will learn about incentive problems in two-sided markets as well as how different types of crowdfunding platforms create value for users.

M-Changa was one of the fastest-growing fundraising platforms in Kenya, allowing Kenyans to use text messages on their mobile phones to send, receive, and track donated funds as well as solicit donations from family and friends. The young cofounders, Kyai Mullei and David Mark, had grown the company quickly by leveraging partnerships with large banks, mobile money operators, and NGOs. By April 2015, M-Changa had a team of five people serving 25,000 users. Now, it stood at a crossroads. M-Changa’s board members had expressed concern that its multitude of partnerships may have spread the company too thin. The board urged Mullei and Mark to focus on the partnerships that would reap the most value for the company in the long run. Should M-Changa pursue partnerships with mobile money operators and banks that made it possible for users to transfer money conveniently and at a low cost, or instead focus on partners that allowed M-Changa to test new customer segments and increase sales? In addition, there was an estimated US$7 billion fundraising market across East Africa, so Mullei was tempted to test neighboring markets. Students will step into the shoes of Kyai Mullei as he and his team refine their partnership strategy at a crucial point in time for the venture.

Founded in San Francisco in 2009, Square finished 2012 as the darling of Silicon Valley; flush with more than $340 million in funding, the firm had grown to several hundred employees in just three short years. It processed more than $10 billion annually in credit and debit card payments from small business owners that used Square’s smartphone-enabled card swipe device wherever cellular or wireless Internet service was available.

However, Square’s success had attracted new entrants into the mobile payments processing space, both in the United States and abroad, threatening to derail the company’s remarkable trajectory. With its latest financing round valuing the company in excess of $3.4 billion, management and investors were considering which strategies would continue—even accelerate—the company’s growth.

Pascal Morand
Biography Pascal Morand holds a post-graduate DEA of Paris Dauphine University, a Doctorate in Economics and is a graduate of HEC (“Ecole des Hautes Etudes Commerciales”). He is Professor in the department of Economics, Law and Social Sciences, in the Paris and Berlin campuses. He is also the Dir...
Schon Beechler
Schon Beechler is Senior Affiliate Professor of Leadership and Organisational Behaviour, INSEAD. She received her undergraduate degree with high honours in Sociology and Anthropology from Oberlin College and earned a joint PhD in Business Administration and Sociology from the University of Michig...
Robert Baldwin
Experience Keywords regulatory enforcement; regulatory impact assessment processes; the better regulation movement Research Summary Robert Baldwin is a Professor of Law at the LSE, where he teaches Regulation and Criminal Law. He has written numerous books and learned articles on regulation, i...