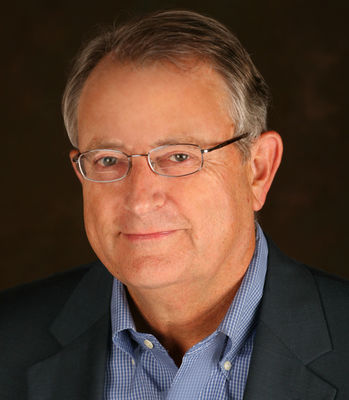 Ron Hewett, Captain, U.S. Navy (Retired) is a graduate of the United States Naval Academy. He enjoys sharing his experiences over a life time of challenges as a naval officer, high school teacher, and maritime ports executive and corporate leadership consultant with leaders at all levels who want to improve their prospects for success.

As a naval officer, Ron served on cruisers and destroyers before joining the combat logistics force where he commanded the USS Kiska (AE-35), the U.S. Navy's largest ammunition ship, during the first Gulf War. Kiska was the first logistics ship to enter the Persian Gulf and went on to win all battle efficiency awards in its class. Ron also served tours in the Pentagon as the head of Surface Warfare Manpower and in the Navy's Logistics Plans and Policy Division. He was instrumental in constructing the manpower plan to crew the U.S. Navy's 600 ship navy.

After his naval service, Ron went on to build an NJROTC unit at Potomac High School, Dumfries, Virginia which had a significant at-risk population. The unit became one of the largest in Virginia, competed nationally and sent graduates on scholarship to Notre Dame, U.S. Naval Academy, VMI and other institutions.

In 2003 Ron was hired by APM Terminals, North America's largest maritime ports operator, to build a management and leadership program for its managers. The program became the standard for the water-front industry and included training for international participants. By 2008, Ron was the Senior Director of Health, Safety and Environment and with his team of professionals led APM Terminals to be recognized as the safest and most efficient port operator in the world.

He is the founder and President of Leadership and Performance and as a corporate leadership consultant, Ron has worked with numerous domestic and international corporations, operating in high-risk environments, seeking to improve their operations, safety and leadership culture by developing and sustaining solid leadership and performance strategies.

Ron earned a Masters of Management Science from Naval Postgraduate School, Monterey, California. Moreover, he is certified as a teacher in the state if Virginia as well as certified by the U.S. Coast Guard to instruct Leadership and Managerial Skills as part of the international standard for senior mariners and holds other certifications in safety management.

Niels Fuglsang
Presentation My PhD project: “Economic models in the western world: where do they come from and how have they developed?” is an inquiry into the political and ideological background for the economic models that policy makers apply to plan economic policy today. My outset is the Danish case; howe...
Jeremy Moon
Presentation I bring a political science background to the study of corporations. Indeed I first encountered CSR in the UK in the early 1980s in the midst of a research project on public policy responses to mass unemployment! I have subsequently been interested in understanding the ways in which...
Giraud Françoise
Biography Françoise Giraud is an associate professor at ESCP Europe.  - She has been teaching and co-ordinating programmes for both students and professionals since 1991. After her early professional experience in auditing, her interest in pedagogy and more qualitative aspects of management lead ...