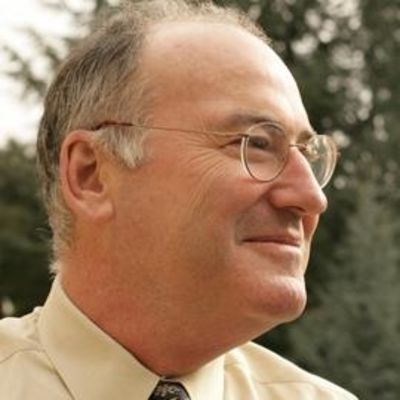 Robert Sutton focuses on evidence-based management, the links (and gaps) between managerial knowledge and organizational action, innovation, and organizational performance. His research style emphasizes the development of theory and recommendations for practice on the basis of direct observation of organizational life and interviews with executives, managers, engineers, and other organization members.

Robert Sutton is Professor of Management Science and Engineering and a Professor of Organizational Behavior (by courtesy) at Stanford.  Sutton has been teaching classes on the psychology of business and management at Stanford since 1983. He is co-founder of the Center for Work, Technology and Organization, which he co-directed from 1996 to 2006.  He is also co-founder of the Stanford Technology Ventures Program and the Hasso Plattner Institute of Design (which everyone calls “the d school”).

Sutton studies innovation, leadership, the links between managerial knowledge and organization action, scaling excellence, and workplace dynamics.  He has published over 100 articles and chapters on these topics in peer-reviewed journals and the popular press. Sutton’s books include Weird Ideas That Work: 11 ½ Practices for Promoting, Managing, and Sustaining Innovation, The Knowing-Doing Gap: How Smart Firms Turn Knowledge into Action (with Jeffrey Pfeffer), and Hard Facts, Dangerous Half-Truths, and Total Nonsense: Profiting from Evidence-Based Management (with Jeffrey Pfeffer).  The No Asshole Rule: Building a Civilized Workplace and Surviving One That Isn’t  and Good Boss, Bad Boss: How to Be the Best…. and Survive the Worst are both New York Times and Wall Street Journal bestsellers.  His latest book, Scaling-Up Excellence: Getting to More without Settling for Less (with Huggy Rao), was published in 2014.  It is a Wall Street Journal and Publisher’s Weekly bestseller and was selected as one of the best business books of the year by Amazon, the Financial Times, Inc., The Globe and Mail, and Library Journal.

Professor Sutton’s honors include the award for the best paper published in the Academy of Management Journal in 1989, the Eugene L. Grant Award for Excellence in Teaching, selection by Business 2.0 as a leading “management guru” in 2002, and the award for the best article published in the Academy of Management Review in 2005. Hard Facts, Dangerous Half-Truths, and Total Nonsense was selected as the best business book of 2006 by the Toronto Globe and Mail.  In 2008, Sutton was named as one of 10 “B-School All-Stars” by BusinessWeek, which they described as “professors who are influencing contemporary business thinking far beyond academia.”  The American Management Association selected Sutton as one of the top 30 leaders who most influenced business in 2014 (ranked 10th on their list).”  The London Business School selected Sutton for the 2014 Sumantra Ghoshal Award “for rigour and relevance in the study of management.” Sutton is a Fellow at IDEO and academic director of three Stanford executive education programs: Leading for Strategic Execution, Customer-Focused Innovation, and the new online Stanford Innovation and Entrepreneurship Certificate.

The Emperor Has No Clue

Can’t Stand the Heat? Get Rid of the Friction

Sweet Rejection: Cutting Out the Noise

Over, Under, Through: Fixing Government Friction

The Customers Made Us Scale It

Agile on the Edges: Managing Misfits

The Spreadsheet Troll: Tales of Silos and Scaling

Tenacious Compassion: Leading Through the Storm

How To Structure Teams For Efficiency and Morale

Velocity Is An Absolute

The Virtues of Hierarchy, Structure, and Temporary Teams

The Curse of Petty Tyrants and Other Workplace A-holes

The Basic Hygiene of Management

Agile is a State of Being

A New Use for "The No Asshole Rule"

BE A BETTER DIRECTOR: How company leaders can drive growth

In-House at the American Lawyer

Maxims in Need of a Makeover

Bosses in Love with Claptrap and Blinded by Ideologies

Look at It Another Way

To Find a Few Ideas That Work, You Need to Try a Lot That Don't

Weird Is the Word

Weblining: The Panic Over Hiring

writtenHow Do You Define “Culture”?

Stanford GSB professors recommend their favorite books and articles related to the concept.

Why a Stanford-trained entrepreneur sees gold in all that red tape.

writtenWork With a Jerk? Here’s How To Survive

A professor shows how to recognize (and deal with) toxic people.

writtenHayagreeva Rao and Robert Sutton: How Do You Scale Excellence?

Two Stanford professors discuss their new book, Scaling Up Excellence, which reveals how the best leaders and teams create a growth mindset.

writtenRobert Sutton: How to Promote, Manage, and Sustain Innovation

In his new book, a scholar offers "weird" ideas for managers to boost creativity and performance, each backed by research and real-world success.

Jeffrey Pfeffer and Robert Sutton explore how companies can turn talk into action, and why promoting internal competition may not help.