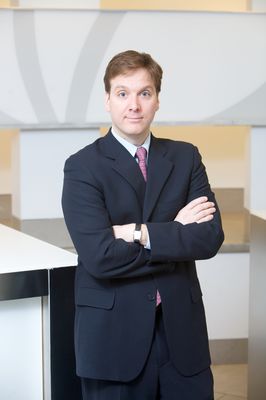 Robert is an award-winning scholar and educator who has been teaching and conducting research on globalization and global strategy for nearly 20 years. He has been recognized as an outstanding educator and has received more than 10 commendations for “Excellence in Teaching” at NYU Stern. He was nominated for NYU Stern Professor of the Year, awarded the NYU Stern Faculty Leadership Award, and was named a NYU Stern Faculty Scholar in recognition of his outstanding teaching and dedication to student mentorship. He has been described in The Wall Street Journal as an educator who provides “brilliant distilled advice on business strategy.” In addition to being a leading educator, Robert is also an award-winning management researcher. He received the Emerald Citations of Excellence Award in 2015. He won the 2006 IABS Best Article Award, the 2003 Haynes Best Paper Prize, the 2003 William H. Newman Award, and the 2002 Barry M. Richman Prize. He was nominated for the Richard N. Farmer Award; was a finalist for the Gunnar Hedlund Medal; and was runner-up in the 2001 INFORMS Dissertation Competition. His research articles have been nominated four times for Best Paper at the Academy of Management meetings. Members of the International Division of the Academy of Management recognized him as a “Thought Leader” in 2013. Robert’s book entitled “Global Vision: How Companies Can Overcome the Pitfalls of Globalization” was published by Palgrave Macmillan in 2016. It has been hailed as “a must read” that will “help business managers to navigate the political, cultural, and economic complexities of globalization and steer their companies toward great success.” Professor Salomon holds a B.B.A. in Finance magna cum laude from Michigan Ross School of Business. He earned his M.Phil. and Ph.D. degrees in International Business Strategy from New York University Stern School of Business.

Ramakrishna Velamuri
S. Ramakrishna (Rama) Velamuri is Professor of Entrepreneurship and Chengwei Ventures Chair in Entrepreneurship at the China Europe International Business School (CEIBS). He previously taught for four years at the IESE Business School. He has carried out assignments in the area of entrepreneurshi...
Chad Harms
Chad Harms is an Associate Professional Specialist teaching the Foresight in Business and Society course. Harms earned his undergraduate degree from Iowa State and master’s degree and Ph.D. in Communication from Michigan State University. His areas of specialization include computer-mediated comm...
Michel Gelobter
Michel has over 25 years experience in energy, sustainability, and social justice work in policy-making, research, advocacy, and business. He is presently working with the Packard Foundation on sparking innovation in climate policy-making, and was most recently a founder of BuildingEnergy.com , a...