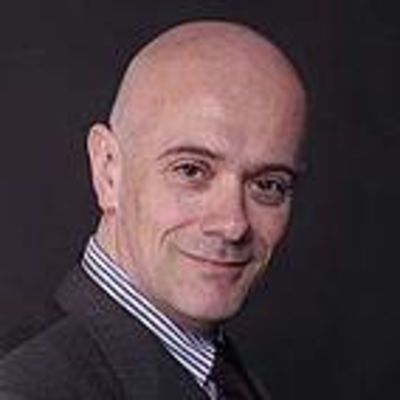 Philippe Gabilliet is an Associate Professor in Psychology, Organizational Behaviour and Management at ESCP Europe since 1995. Specialized in Leadership and Personal Development, he is involved in ESCP Europe''s Executive MBA programme activities in Europe, Middle East and Eastern Asia. He also teaches on various ESCP Europe Executive Education Programmes and teaches at the CNAM (Conservatoire National des Arts et Métiers, Paris), and at HEC Geneva (Switzerland).
Philippe Gabilliet has been Dean and Academic Director of the European Executive MBA &amp - Executive Education programmes from 2004 to 2011. He is also programme director of the Paris Campus &quot - Leading and Motivating&quot - and &quot - Motivating and Implicating&quot - executive programmes. Another important aspect of his activity is corporate university training for French and multinational groups such as Sanofi-Aventis, Société Générale, Auchan, EDF, Areva, Arcelor-Mittal and KPMG.
In the mid 1980s, before pursuing an academic career, Dr. Gabilliet was a co-founder and associate in a business consulting firm, Forces Vives, specializing in assisting medium and large companies in sales management development and business change implementation. In the 1990s he worked at executive level for a major national insurance company (CNP Assurances).
He is the author, or adaptor, of several books in the field of management and professional development, including :

Professor Philippe Gabilliet is a graduate of Sciences-Po Bordeaux. He holds a Doctorate in Management (with honors) and a Postgraduate Degree in Advanced Political Analysis.
Philippe Gabilliet was born in Bordeaux (France) in 1958. He is married and has two daughters.
Discover Philippe Gabilliet''s video on chance and success (in French).

Tensie Whelan
Tensie Whelan joined New York University Stern School of Business in November 2015 as Clinical Professor of Business and Society. She will lead the School’s efforts around issues of business and sustainability, driving research and coursework on natural resource-based challenges including climate...
Dimitrios Doukas
Dr. Dimitrios Doukas joined the School of Law at the University of Manchester as Reader in EU Law in September 2013. Prior to that he worked as Lecturer (2005-2011) and then Senior Lecturer in European Law (2011-2013) at Queen’s University Belfast. He holds a law degree and an LLM in European &am...
Hanspeter Pfister
Hanspeter Pfister is the An Wang Professor of Computer Science at Harvard John A. Paulson School of Engineering and Applied Sciences and an affiliate faculty member of the Center for Brain Science. His research in visual computing lies at the intersection of visualization, computer graphics, and ...