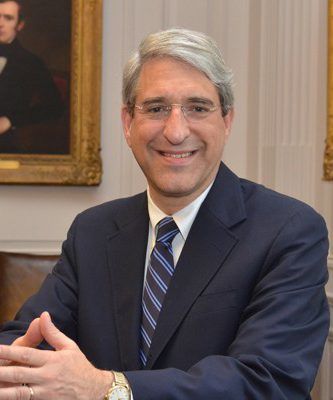 After completing his undergraduate education at Stanford University, Peter Salovey received his Ph.D. in clinical psychology from Yale University in 1986 and was appointed to the faculty in the same year. He is the 23rd president of Yale University, the Chris Argyris Professor of Psychology, and professor of Epidemiology and Public Health. His presidential term began in July 2013. To read his full biography, please visit http://president.yale.edu/about-president-salovey.

Steven Van Belleghem
Steven is an expert in customer focus in a digital world. He is a popular speaker at home and abroad. In his keynote presentations, Steven takes his audience on a journey to the world of modern customer relationships in a clever, enthusiastic and inspiring way. Steven is the author of three best...
Raffi Indjejikian
Raffi Indjejikian is the Carlton H. Griffin-Deloitte &amp; Touche LLP Collegiate Professor of Accounting at the Ross School of Business, University of Michigan. Before joining Michigan, he served as an Associate Professor at the University of Chicago. He received his Ph.D. from the Wharton School...
Paige Rohrig
Paige Rohrig currently works as a Safety Professional with Georgia Institute of Technology's Safety and Health Consultation program. Responsibilities under this program include providing safety and health assistance and training to small businesses in Georgia. She also helps deliver courses as pa...