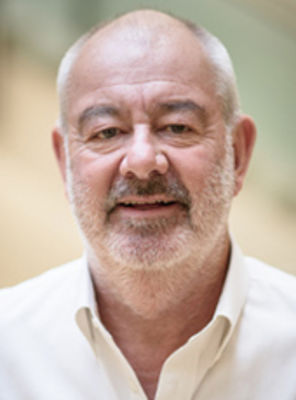 The London School of Economics and Political Science
Professor at LSE

Professor Willman has taught on MBA and Executive MBA programmes at Oxford University, Cranfield School of Management, Budapest University of Economics, Ecole de Ponts ParisTech, London Business School and TRIUM. He has taught on Executive Programmes at Cranfield, Oxford, INSEAD, London Business School and, in a variety of locations, for Duke CE.. He has a BA and MA in Social and Political Sciences from Cambridge University, and an MA and DPhil in Sociology from Oxford University.

At LSE, he launched and directed both the Global Masters in Management and its executive counterpart, the Executive Global Masters in Management. He has held Visiting Professorships at Sidney and Macquarie Universities and Senior Research Fellowships at Imperial College and Nuffield College, Oxford (inaugural Norman Chester Fellow). From 2008-16 he was an Executive Committee Member of the CEMS Global Alliance, and Management Committee Member 2014-16.

Until 2006, he was Professorial Fellow of Balliol College, Oxford and the inaugural Ernest Butten Professor of Management Studies in the Said Business School, Oxford University. He was Director of Executive Education at Oxford 2001-03 and founding Director of the Oxford EMBA. He was Editor in Chief of Human Relations (2000 - 06). He was Professor of Organisational Behaviour and Industrial Relations at London Business School from 1991-2000, where he was Director of the Sloan Programme, Head of the Organisational Behaviour Group and a member of the Governing Body. From 2014-2017 he was a member of the Council of the Advisory Conciliation and Arbitration Service

William Ocasio
William Ocasio is the John L. &amp; Helen Kellogg Professor of Management &amp; Organizations at the Kellogg School of Management. He was educated at the University of Puerto Rico at Mayaguez, MIT, Harvard Business School, and Stanford University, where he received his Ph.D. in organizational beh...
David Langslow
Biography I came to Manchester in January 1999. Before that, I was University Lecturer in Latin Philology and Linguistics in the University of Oxford and a Fellow of Wolfson College, Oxford (1984-1998). My doctoral thesis (Oxford, 1991) was on the origin and development of Latin medical terminolo...
Riikka Korte
Peer-reviewed scientific articlesJournal article-refereed, Original researchMinima of quasisuperminimizersBjörn, Anders; Björn, Jana; Korte, Riikka2017 in NONLINEAR ANALYSIS: THEORY METHODS AND APPLICATIONS (PERGAMON-ELSEVIER SCIENCE LTD)ISSN: 0362-546XHomeomorphisms of the Heisenberg group prese...